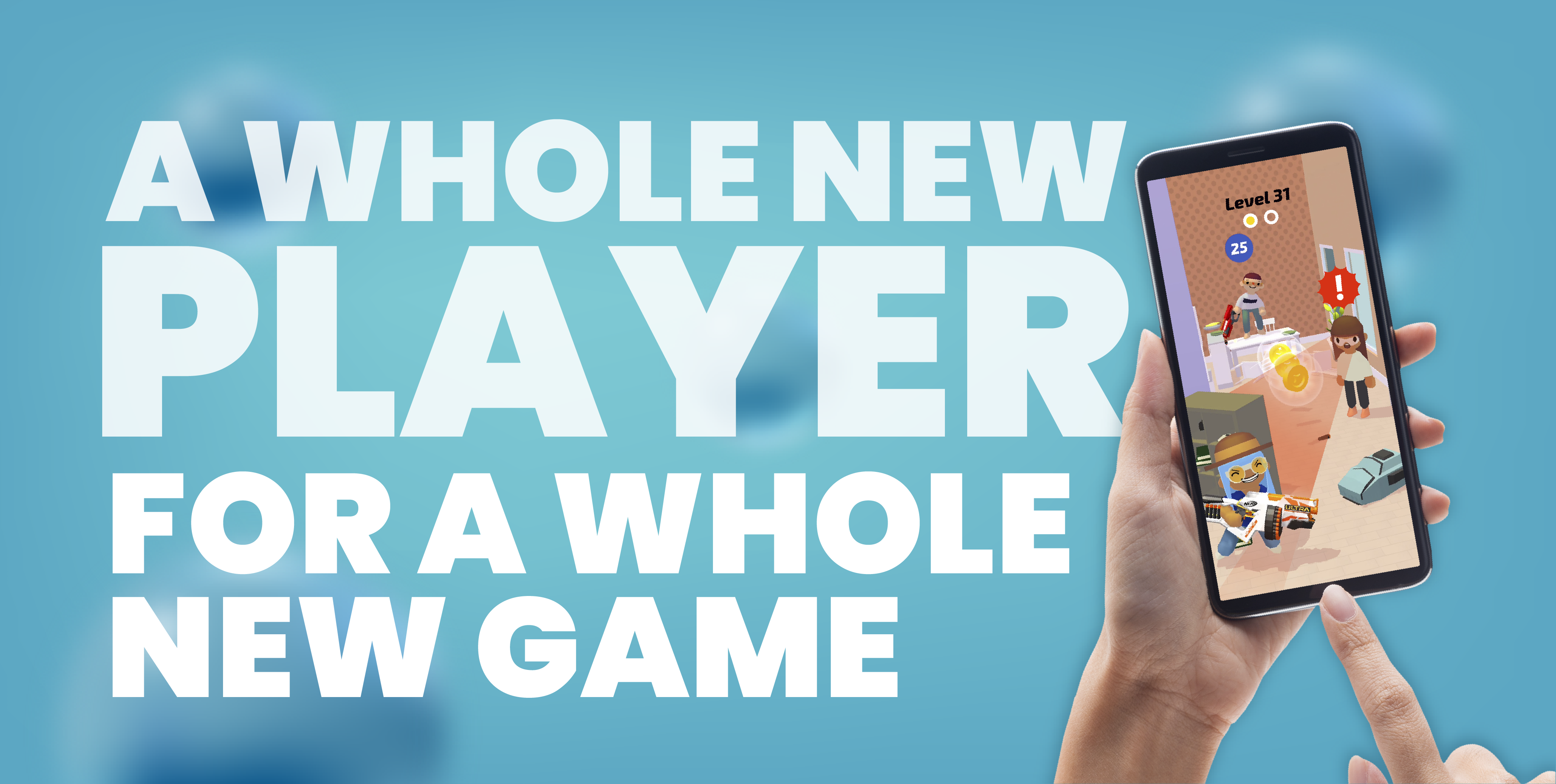 It’s a whole new world for developers. The old stereotypes about gamers are now mostly gone, and the industry is finding different ways to reach more specific demographics than in the past.

Up until recently, developers were under the impression that they could amass a huge following by trying to appeal to every different kind of player all at once. While some games have mass appeal and a broad range of fans, the importance of identifying who plays a particular genre most frequently has become even more vital to the success of developers.

Not only has there been a dramatic change in player base but one in how players play. This paradigm shift has created space for hypercasual games to flourish. So, if you’re planning to create a hypercasual game, it’s important to keep the user in mind, knowing who they are, when they play, and how they play. Here’s what the modern mobile gamer looks like.

Who runs the world? Girls

While console and computer gamers are still primarily male, mobile gamers are the exact opposite. Females dominate the player base, play more frequently, and spend more on mobile games compared to males, and it’s not really even that close. Over two-thirds of all mobile gamers are female. Two-thirds!

Another one of the most important metrics for developers is daily active users (DAU). Again females take the lead here, with 60% playing daily compared to just 47% of males logging in seven days per week.

Females are also more likely to spend on the mobile titles they play. Right now, they spend less on average than men, but successfully getting more women to make that first purchase is a promising sign. Once a player spends on a mobile game once, they are far likelier to spend again and again.

These three factors are important to take into account as you’re developing your game. So, when all this data sinks in, you may want to consider building a game that appeals to females.

It’s just a matter of time

While some seem to be double-dipping while they’re on PC or console in a different game, the majority are getting some screen time in while they know they have just a couple of free minutes. Rather than scheduling out a time to get stuck in, mobile gamers lean toward logging in when they have a narrow window.

Another important thing to take away from this is that they’re not playing during serious tasks that require immense focus. They play while waiting for someone or when doing something that doesn’t require their full attention. For HC developers, that’s about the best news you could possibly ask for. People actually prefer simple games which are unobtrusive to their normal lives.

We’ve got a good understanding of who plays mobile games and how they do it, but are HC players any different from the wider mobile gaming market? Well, the short answer is “yes” and in some very important ways.

These stats indicate both potential and pitfalls when it comes to the long-term health of the market. If the apps that are being installed by HC players are other HC games, then very little new money is entering the market. With this information in hand, developers should make a concerted effort to build games and strategies around them that bring in new users instead of recycling them from other HC games. Revenue generation should come from outside the HC market if possible when it comes to ad spends, preferably from brands. If investment comes from outside rather than simply changing hands among the established players, the genre has a chance of becoming sustainable. If not, it will become a feeder genre that prepares people for life as an IAP player.

There’s very little doubt that HC developers should look to create games that appeal to both men and women and resist the urge to create more complex games to increase time spent in app. The player base for the genre is very clear in what it wants—a quick break from reality with something easy and then back to what they were doing before. So, give it to them.

‍
If you’re a developer ready to show us your game, don’t hesitate to submit it here—we’d love to see what your concept is!