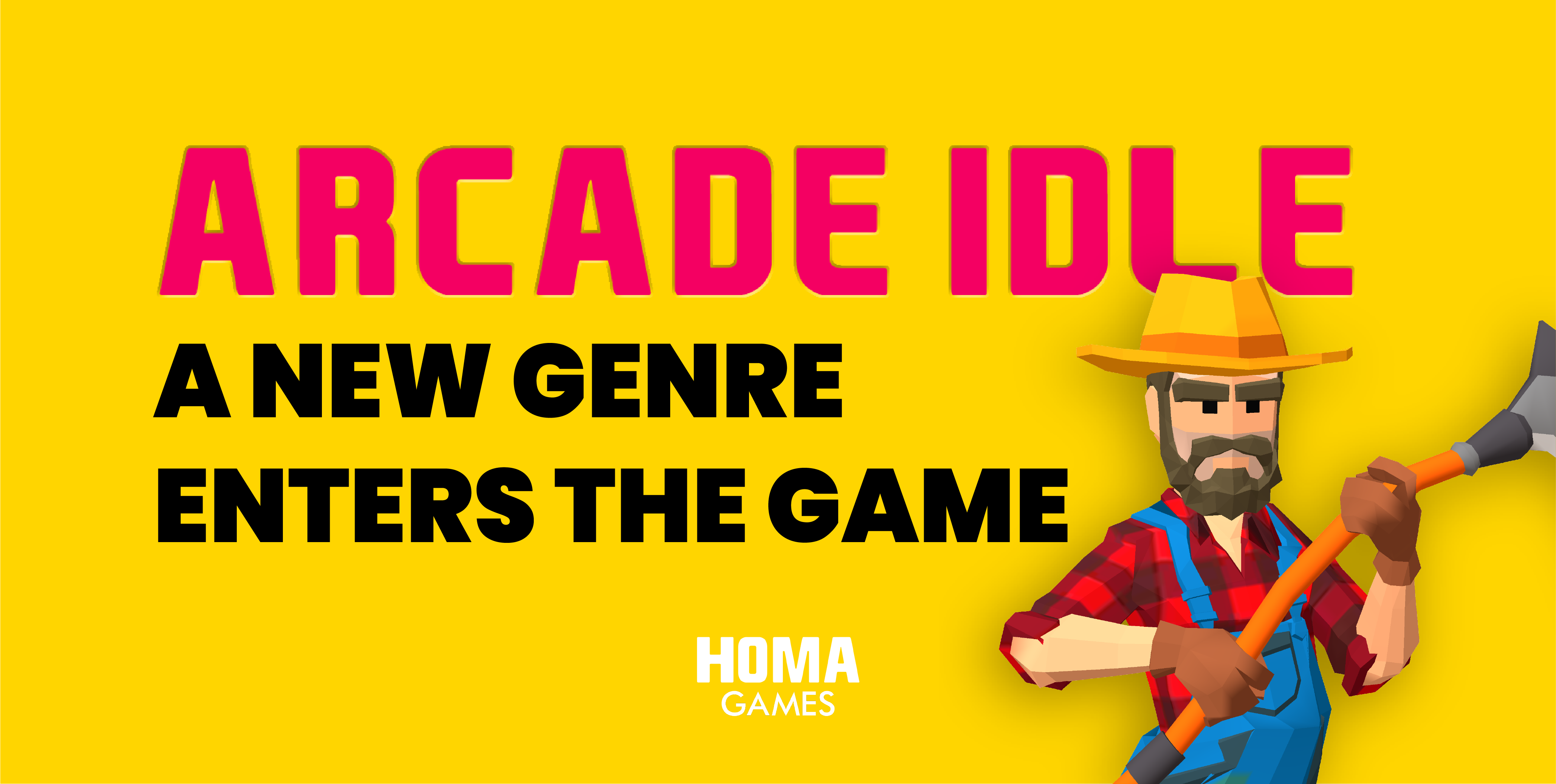 In the last years, the Hypercasual genre has established itself as one of the fastest-growing game categories on the app stores, not only in number of downloads but also in quantity, variety, and originality of new products. Beginning as a subgenre of casual, Hypercasual has consolidated as a category in its own right and started to accommodate subcategories like ultra casual, idle, mergers, and so. Some of these subgenres have become classics, but from time to time we are able to see a new genre emerge in the Hypercasual scene.

Constant testing and iteration lead to permanent game upgrading and improvement, which translates not only into new, different games but also into hybrid genres. This was the case for Farm Land, developed by our partner LolTap—Homa Games’ latest release and member of the new Arcade Idle category. The process began in late 2020 with the launch of Harvest It, a game that brought to light the potential of this new type of game. Later, Homa’s Craft Island, developed by Ducky Games studio, expanded on the concept and became a success in the app stores.

In the Hypercasual world, the Idle genre refers to a type of game in which players can progress with minimum or without interaction—resources like money or other goods increase regularly and players can interact to boost and speed-up resource acquisition. This particular type of user experience became more and more popular in the last year and it is about to explode in the next few months with the rise of Arcade Idle. The games mentioned above are all part of this ongoing development, resulting in hybrid games both in gameplay and metrics.

So what’s different about Arcade Idle?

Arcade Idle is a subgenre that incorporates idle and adventure arcade’s main attributes to create games with a Hypercasual feel and attractive metrics. Removing all complexity from resource mining games, but preserving its core ability to engage, this clever mix between Hypercasual and Idle translates into hybrid games with medium/low CPI, but much stronger playtime metrics that can reach 30+ minutes.

The goal in this kind of game is to gather resources and sell them to build wealth, to expand a territory, and to have fun while doing it! But unlike general Idle, Arcade Idle incorporates a playable character, and this affects the other elements of the game. Also, there’s often an adventure-like feeling that makes it more appealing.

But let’s dive into some of the specific features that make this sub-genre stand out:

Some of the main characteristics of this subgenre are:

Idle Arcade games are fairly chilled and relaxing. You can’t lose in games like Harvest It, Craft Island, or Farm Land. Instead, these games showcase several progression systems, such as island discovery and extension, skills improvement, visual improvement, and even a leveling system to bring depth to the experience. Basically, players are active characters in an idle game, resulting in a good mix between a Hypercasual core and an Idle monetization and progression scheme.

In-game progression is strongly linked to the monetization set up. Farm Land is a prime example of this. In this game, players collect resources, sell them, and use the money to unlock new zones. Each zone is more expensive than the previous one, but also increases the earnings, which means progression equals exponential inflation. Ads allow players to speed up their progress.

Interstitials  in Idle games are difficult to place because there’s no pause, no transition. Farm Land uses Rewarded IS instead (view the ad in exchange for something, similar to rewarded videos). For example, all the fields are fully grown at the end of the ad, saving the player time.

Since there is no Hard Currency in the game (dollars, euros, or pounds, for example), the RV are used to provide bonuses to the player. Instead of the classic "Pay to go faster", this is "Watch an ad to go faster". This is how it works in Farm Land:

The IAPs can be adapted to the behaviour of the player—if a player likes an RV and watches it several times, they will get a special offer to buy the IAP for a discounted price.

In the Hypercasual world, complexity overall needs to be removed. The Idle genre can be rather complicated at many levels, so it's crucial for any Arcade Idle game to remain simple in order to be accepted by a broad audience. From the economy to the controls, all down to the design of the game, simplicity should always be at the core.

To create an engaging Arcade Idle game, these are the key ideas to keep in mind:

●     Simple gameplay mechanic: It is most important to Hypercasualize the Idle genre in order to make it fun right away. Gameplay should be well understood by the player within a few seconds of playing. Idle games can get very complex. Arcade Idle should not.

●     Feeling of depth in the game: Within a few minutes of playing, the player should understand that the game could be enjoyed for hours. So in that regard, it is not a typical HC game.

What's next for Arcade Idle?

Despite its potential, Arcade Idle is still a niche genre. Not a small niche, but so far none of the games have reached 100M installs. Instead, there are highly engaged players, more than in classical Hypercasual games, as indicated by above the average IAP and RV consumption.

Arcade Idle opens the panorama to games with strong profitability with IAP and subscriptions, and with a long-term lifespan as they are not based on social media trends. The key is to understand what makes a HC game a success and, at the same time, what’s so special about Idle games. Merging those two main ideas is what will bring awesome Arcade Idle games to life.

Homa Games and GameAnalytics understand the potential of Arcade Idle and will be hosting a game jam about it! With prizes up to $250K and one-year access to GameIntel, Arcade Idle HOMAJAM will kickstart on June 30th with submissions accepted until July 28th. On the menu: educational webinars, development resources, and raffles! Registrations are now open until June 30th on this link.