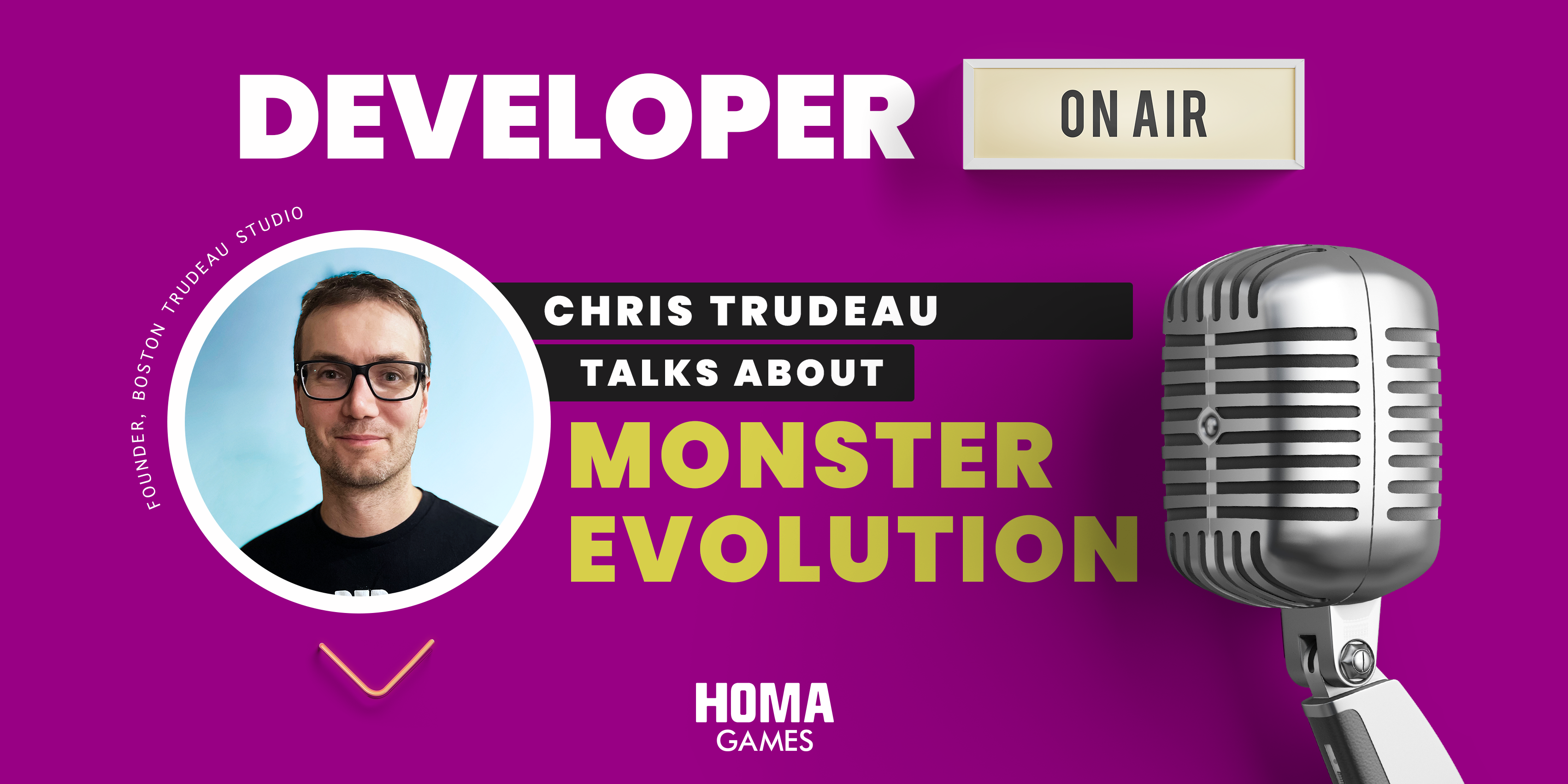 BT Studios started in 2015. I was making mobile games in my free time using a drag and drop game maker. Those first few games were pretty rough, but I learned a lot. I started reaching out to publishers and I guess one of the games was good enough to at least make a connection and start collaborating with publishers to make more. BT Studios now is a small team, myself and one full-time developer as well as a small network of freelancers for 3D models and art.

2. What are some of the benefits and challenges of working on a team in game development?

I enjoy working on a small team. Brainstorming ideas and solutions to bugs can be easier with a group. In our small studio, each of us has a clear role and knows what we have to do to get the job done.

3. Were you always interested in mobile gaming? What motivated you to create a studio and get into this industry?

4. So your latest published game was Monster Evolution—can you tell us the inspiration behind this game?

Monster Evolution (MEV) was a collaborative effort with our PM at Homa Games. On one of our calls a few months ago we discussed recent trends in the evolution game mechanic and games with monsters and other creatures. Monster Evolution was born from merging those two trends and it seems like people are enjoying it!

5. What motivated you to work with Homa to create this hit game that ended up hitting the top charts?

We enjoyed working with Homa on a previously published game, Boost Jump (2019). We kept in contact and earlier this year, Homa reached out to work more collaboratively on some new prototypes. Monster Evolution just happened to be the first prototype we worked on :)

6. How long was Monster Evolution in development for?

Monster Evolution took a little over three weeks to prototype. The game showed some promise after the first test. We spent another couple months on iterations, and it ended up getting published in September.

7. Can you provide us with some numbers? How many downloads does Monster Evolution have? In what country has it been popular?

MEV just passed 5 Million downloads on the Play Store. A lot of downloads have come from the USA, but the game has been doing really well globally!

8. Could you tell us three reasons why Monster Evolution was a top hit?

The big thing is the monsters. We think the players enjoy collecting the monsters and seeing what the next one will evolve into. Also, the gameplay is fun, and familiar in the Hypercasual space. We included three different game mechanics within each level, so you have some variety within each level.

9. Generally speaking, what is your thought and design process when it comes to creating a game?

I always keep an eye on the charts to see if there’s any new trends forming. I usually think of game ideas very randomly so whenever something pops into my head, I make sure I take the time to write it down. When I feel like there’s one or more decent ideas, I create mockups and a quick gameplay summary to review with the publishing manager. If one of the ideas feels like it could work, then we take it back to begin the prototype.

10. What programs or developing engines do you use to create your games? Is there a secret recipe for game-making that you’d be willing to share with developers?

We build our games with Unity. We've gotten pretty comfortable using it now, and it's fun to create with it. My mockups and any vector assets I make for the game are done using Affinity Designer and Affinity Photo. Affinity apps have replaced any Adobe products, they are more affordable and open all the Adobe file types.

Just start making games or prototypes on your own time. Make them fast, don't spend months polishing your first games; they are most likely going to fail. The first few games are probably not going to work or be very good, so it's important to realise that the beginning is valuable practice time.

11. Do you have any advice for developers starting out in mobile game development?

Just start making games or prototypes on your own time. Make them fast, don't spend months polishing your first games; they are most likely going to fail. Upload them to the different app stores to get some practice with that process. The first few games are probably not going to work or be very good, so it's important to realise that the beginning is valuable practice time. Once you have a good process down, then you can be ready when a GREAT idea comes along.

12. We noticed a number of games you’ve created on mobile fall into the category of Hypercasual games… Do you anticipate that this is a category of mobile games that will continue to trend among mobile developers?

Hypercasual games will continue to trend among devs because they are consistently in the top charts. There's a low barrier for entry and people continue to be starved for time. However, the competition seems to keep growing exponentially. No one has a crystal ball so you never know if an idea is going to work. You have to have a high tolerance for rejection to keep developing in this space.

We have some new ideas we are ready to test to finish out this year. We basically want to just keep doing what we love doing and hoping the success of Monster Evolution will allow us to do that.

14. According to Homa Games, you work very fast while producing great quality products. What is your method? Any secrets?

Since we are a small team, we've learned to be as efficient as possible with our code. My dev has set up many reusable scripts over the years and with each new prototype we get quicker. One piece of advice I can give is not to underestimate the importance of communication with publishers. Creating a clear presentation of your game idea is invaluable. If you can’t sell it to one publishing manager, then how can you sell it to millions of players around the world?

Homa’s tools, Homa Belly and HomaLab, really help speed up the testing process of new games. My dev and I agreed that Homa Belly is the best SDK we’ve worked with over the years, and the team continues to improve upon it.

15. This game was the result of a shared work with Homa. Can you tell us how did you find this process? Are there any interesting and/or exciting moments or experiences you would like to share with us from that time?

The advantage of working with Homa is the knowledge and experience you guys bring from testing many games with studios around the world. You see things that we as individuals just don’t have the capability of seeing. You are also very open and collaborative. This game is an excellent example of how that has worked out.

16. How did the tools provided by Homa help you leverage your game?

Homa’s tools, Homa Belly and HomaLab, really help speed up the testing process of new games. My dev and I agreed that Homa Belly is the best SDK we’ve worked with over the years, and the team continues to improve upon it.

Personally, I find that new ideas, especially game concepts, happen when I'm not thinking about them. If you are sitting there constantly trying to think of the next 100 million download hit game, you probably aren’t going to get anywhere. Set up a space that is comfortable to work in and just start. Your ideas will not always be good, but a piece of one idea may merge with another and, boom, you finally have something. And always be ready to write down an idea wherever you are.