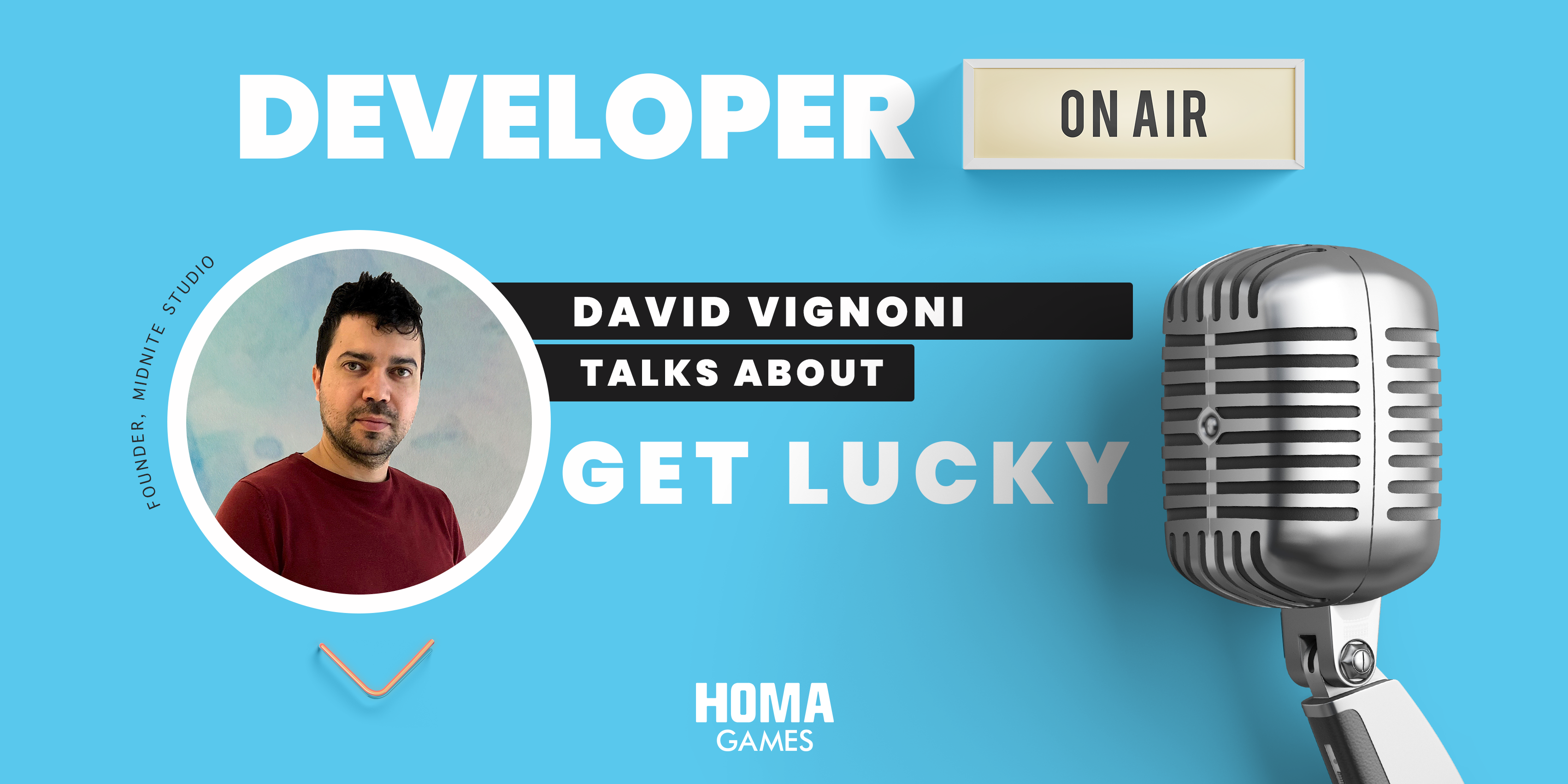 1. How did Midnite first start?

Midnite's story began in 2015 when my brother Julien and I started developing games together.
I had worked on mobile games as a side hustle for the previous six years, while Julien had learned programming aiming to change careers. The pivotal moment was when our first game, Numberful, attracted some attention thanks to a worldwide App Store and Google Play feature. After this unexpected success, we decided to move back to our hometown and make games our full-time job.
Initially, we were known as Midnight Tea Studio. But in 2020, after a significant reorganization, we decided to change the name into Midnite: snappy and straightforward, just like us.

2. What are some of the benefits and challenges of working as a team in game development?

After making Slices, we had to make a choice between staying small and continuing doing simple 2D puzzles or building a studio instead. We chose the latter because we wanted to do more.

So I would say that the most significant benefit of working as a team is that you can do much more, better and faster. However, putting together a team is not an easy task.

First, there's all the bureaucracy related to forming a company, setting up bank accounts, paying taxes, hiring and managing the team.

Then there's the difficulty of figuring out what roles need to be covered, establishing a work process that makes sense for your team and, most importantly, finding persons that not only are good at their job but with whom you will also get along.

Our primary motivation to start Midnite was to have fun creating games we would love to play.

3. Were you always interested in mobile gaming? What motivated you to create a studio and get into this industry?

Since Apple introduced the App Store, I immediately became interested in mobile games. I remember the very first app I purchased back then was Crash Bandicoot. A few months later, I was already working on my first mobile game; it was 2009.

Our primary motivation to start Midnite was to have fun creating games we would love to play.

4. What programs or developing engines do you use to create your games? Is there a secret recipe for game making that you’d be willing to share with developers?

We develop our games using Unity, making wide use of the Unity Atoms library and ScriptableObjects. We have built template projects and created our UPM repository with reusable modules to speed up the process. To make the art, we use Photoshop, Maya, Substance Painter and sometimes Blender. Recently we switched to ClickUp for project management, and this has helped streamline the process a lot.

5. Do you have any advice for developers starting out in mobile game development?

Start with something small, don't try to build the new Clash of Clans with a team of two. I think Hypercasual games are a great starting point because they are primarily short core-loop games and can be built using free assets.

Look at the top downloaded games of last year and see if you can apply a twist to some of them and make your prototypes. Publish them under your account and then, depending on your intentions, apply to either publishers or hiring studios.

6. What motivated you to work with Homa to create Get Lucky, a game that ended up hitting the top charts?

We worked with Homa in the past and had an excellent experience with our publishing manager. Specifically, we appreciated the feedback and hands-on approach in the games ideation and selection. When the right opportunity arose, we knew exactly to whom we should take it.

7. How long was Get Lucky in development for?

We developed the first MVP version in about ten days. The CPI was great right away, so we immediately added more content and features, delivering seven more iterations in about a month. During this time, we faced several difficulties that required quite some work.

We tested the game primarily on Android and were getting high churn numbers on the initial levels. We noticed too many people were failing even at the tutorial level. We tried to further simplify the first level, but in the end, we realised the issue was due to our game performing poorly on some  Android devices. We spent a week doing a lot of optimisations and finally, we solved this issue.

We also had to make sure the game wouldn't get banned by ad networks. Initially, the main character was getting fully undressed with private parts covered by black bars. We thought that was funny to watch, but after speaking with ad networks, we decided it was a safer choice to use a towel instead.

Even though it took a relatively short time to develop, we had this idea of making a game where you had to undress for a very long time.

A couple of years ago, we wanted to make a game about football pitch invasion—you would be a football fan entering the field, getting undressed while escaping the cops. We didn't implement the idea back then, but eventually, that idea became Get Lucky sometime later.

8. We noticed several games you've created on mobile fall into the category of Hypercasual games… Do you anticipate that this is a category of mobile games that will continue to trend among mobile developers?

I can't say for sure; this is a space that keeps changing every six months. Perhaps the business model will have to change and adapt, but I don't see Hypercasual games going away anytime soon.

We are focused on publishing another hit game this year.

Homa tools helped us speed up the SDK integration process, set up testing campaigns on Facebook, and read the results consistently and clearly. But besides the tools, I think the human factor makes the most significant difference from other publishers.

10. According to Homa Games, you work very fast while producing great quality products. What is your method? Any secrets?

I believe our "secret" is that we have learned to think before acting.

Before we even start writing a single line of code, we jot down how the game will be and do some sketches to help visualise it in our heads.

Once a concept is approved, we then plan the MVP by writing a detailed GDD and make mockups and visual specs, leaving no details to the imagination. The final step is to review the GDD with the product owner and developers, identifying any potential issues beforehand and cutting as much as possible to build just what we need to test the concept's marketability.

While a game is under development, four new ideas are in the backlog; two concepts are in pre-production and assets for the next prototype perhaps are ready already.
Working exclusively with Homa makes the approval process and the feedback sharing much faster and frictionless, thus leading to increased output and good results.

11. How did the tools provided by Homa help you leverage your game?

Homa tools helped us speed up the SDK integration process, set up testing campaigns on Facebook, and read the results consistently and clearly. But besides the tools, I think the human factor makes the most significant difference from other publishers.

12. And a last one… how do you unlock creativity?

This is a tricky question. My brother and I talk about ideas virtually every day, and usually, we build on each other's thoughts, but how the conversation starts is a bit random.

Inspiration may come from videos on TikTok or real-life situations. Playing games by other devs is also a great way to make new ideas pop. You can discover these new games in several ways, but our preferred method is by scouting Facebook Ads Library.

Lately, we have found Homa's market analysis reports handy. They help us focus on particular themes or mechanics, which is a great starting point.