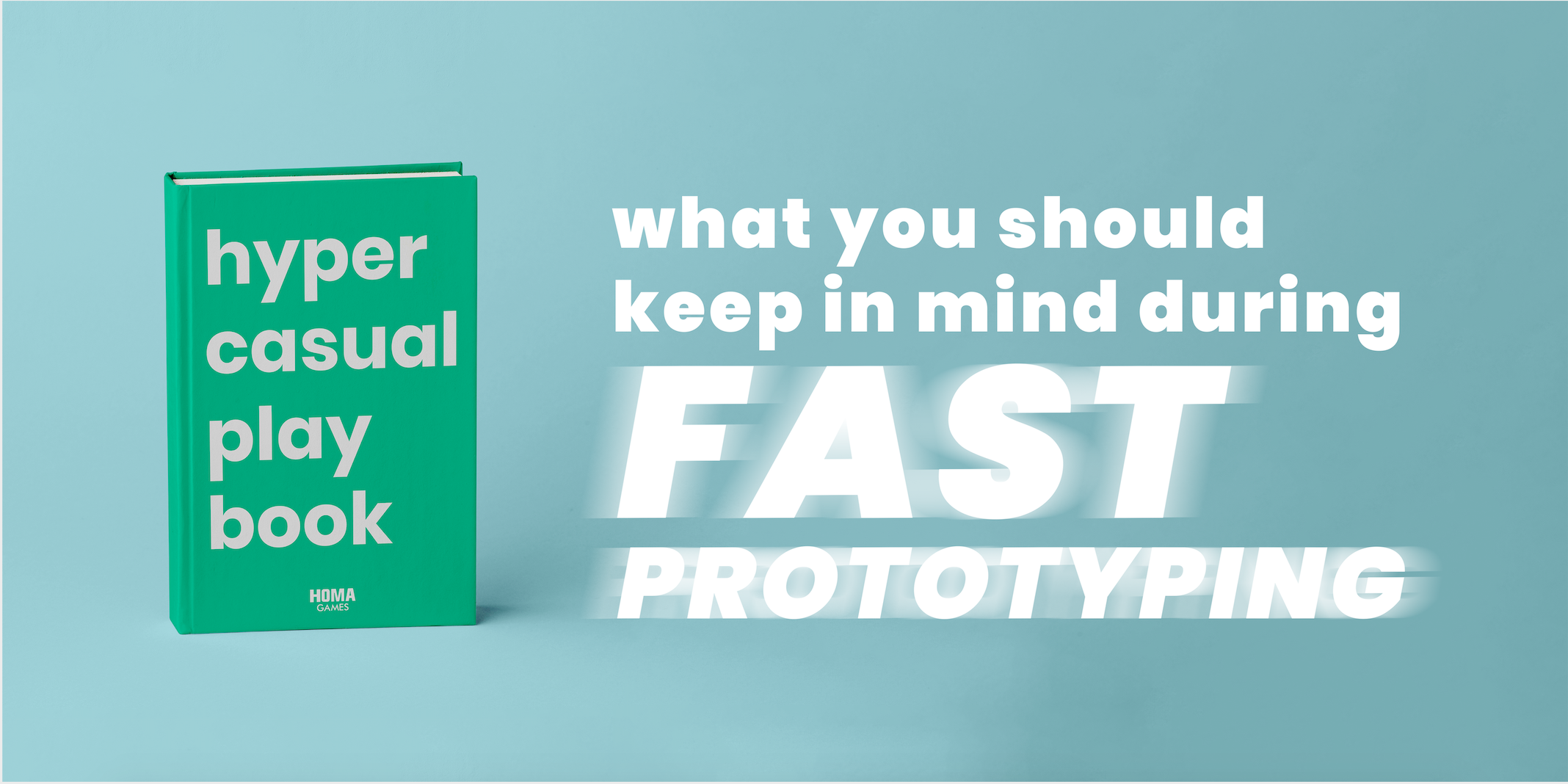 Whether you are participating in a jam or just in your daily game creation practice, building a functional, testable prototype ASAP is essential. First, because you want to be able to test your ideas before investing too much time and resources on them. Second, because in the fast-paced, highly competitive Hypercasual world, you don’t want to let the latest trends slip away or see your genius concepts developed by the competition.

When it comes to game design, there are elements like core game mechanics and dynamics that need to be there from the beginning, no matter how simple your prototype is. If you are thinking Hypercasual, you also want your games to be satisfying from the start, so the visual part and the rewarding aspect should be there before trying any test.

Furthermore, at the prototyping stage, visuals not only need to be attractive but also need to have strong readability, to be sure that creatives will be understandable in about two seconds. Remember that the first test is where you’ll have a first glimpse of the marketability of a game and its ability to scale, so make sure visuals, gameplay, and overall feel are there from scratch and are showcased in the best possible way, so this will manifest in better CPIs.

We agree on the benefits of fast prototyping and the main elements we want to incorporate, but where to start? We bring you some tips to orient you through the process, avoid forgetting anything, and focus on what matters. And of course, save time.

HC games are satisfying, snackable, and relatable. So stick to that. Make sure the gameplay reflects these ideas from the beginning and focus on incorporating satisfying dynamics that will add to an overall chilled-feel and will keep players hooked for a while.

Make sure the goal of the game and the purpose of the main loop is immediately understandable and intuitive. HC games don’t need complex tutorials, if they do, the likelihood of success is very low.

3. Focus on the visual part of the game

HC games are snackable and, like food, they first need to flatter the eye. Don’t overlook the visual part of the game in the first stages, and be sure to add elements like VFX, confetti, or anything that could provide visual feedback to the player.

⚠️ But remember that visuals are there to support the gameplay, so don’t exaggerate. VFXs reflect feedback of the state of the game (like earning bonuses or taking damages), and adding too much of it just for the sake of juiciness can have a negative impact on CPI.

4. Reward the player for every good action

Again, the importance of feedback: Give your players some love to make them come for more. In addition to visual rewards, add rewarding instances in the form of gems, extra time, extra lives, or some form of improvement (and confetti!) to increase engagement.

5. Introduce variety early in the game

You want to show the potentiality of the concept, so elements like different environments, obstacles, collectibles, power ups, and such are good ways to showcase the idea and raise interest.

6. Create 5-10 levels maximum then replay the loop or repeat the levels in random

Don’t lose time creating the whole level structure—you can show where the game is going with just a bunch of levels, and reuse them to multiply the effect.

And last but not least…

Think ahead and prepare for creatives, since they will allow you to showcase and test your game to better assess its marketability potential, so make sure to save yourself some time by having this in mind from the beginning.

Creatives should focus on readability, and having simpler characters and environments in videos can help to drastically reduce the CPI without affecting ingame KPIs like retention and playtime. (Note: We have a whole article coming soon on this topic!)

Games should be confronted to the market ASAP to avoid over-investing, and the goal of a prototype is to be tested. You want to be able to fail fast and fail cheap, either to let your idea go or to know where to iterate and keep building. The market is your best friend for doing so.

If you are participating in the Arcade Idle HOMAJAM, be sure to have this in mind when working on your prototypes:

- The core mechanic (which is repetitive and will be present throughout the game) should be rich with feedback.

- There is a progression system with constantly increasing difficulty as well as incremental upgrades to keep the pace.

- There is always more content and zones to explore.

- Games are based on idle economy mechanics.

We hope these tips will help you to build, test, fail, iterate, and learn fast. If you are participating in HOMAJAM vol. 3, we wish you good luck! And if you’re not, stay tuned for next game jams and don’t hesitate to contact us for publishing opportunities.