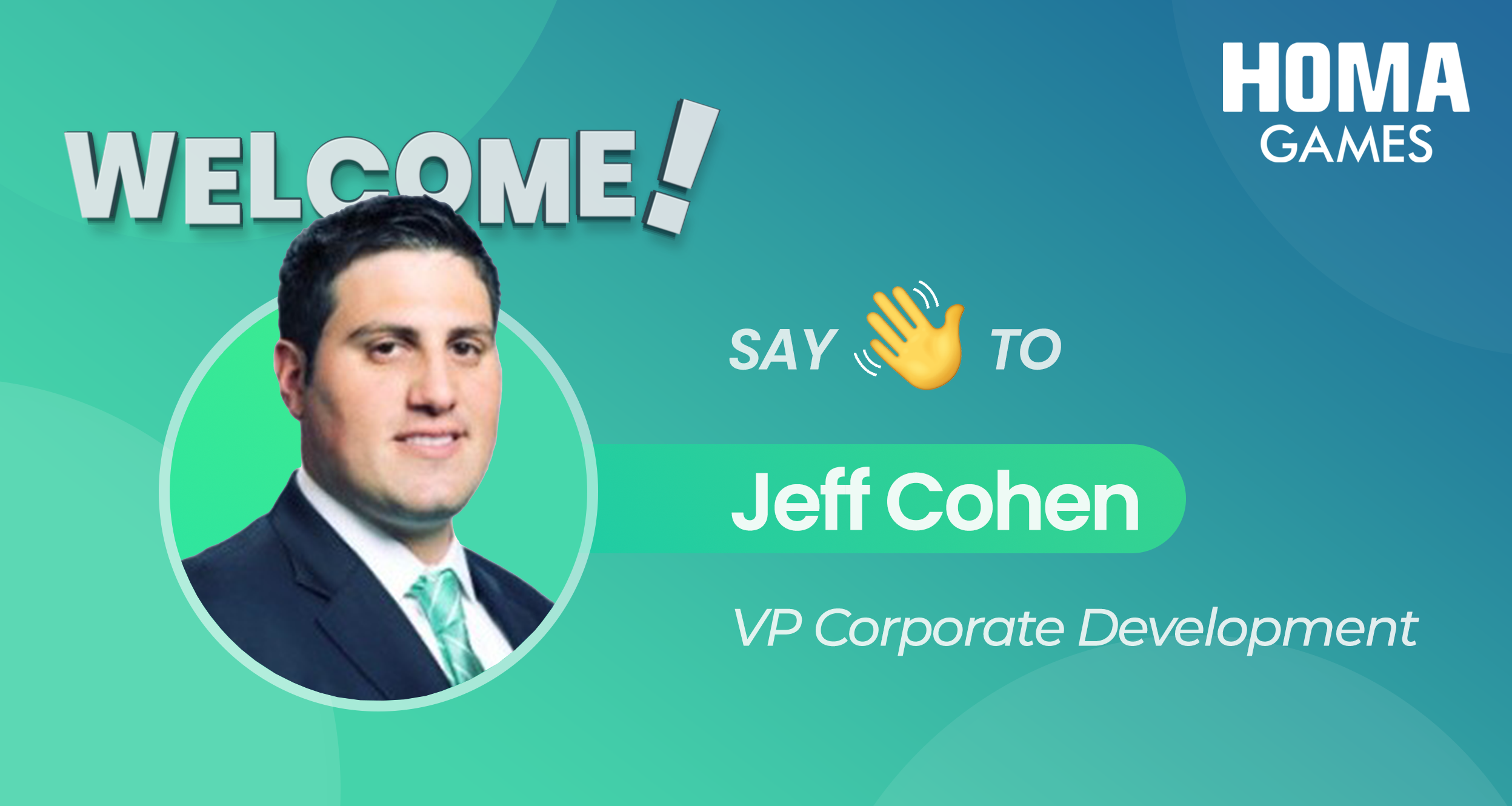 Homa Games team has hired Jeff Cohen, the former VP of Strategy at Esports Entertainment Group (NASDAQ: GMBL), as VP of Corporate Development to help build out our M&A strategy and partnership efforts.

"We are very excited to have Jeff joining our team at such an important inflection point for the company," said Homa Games CEO Daniel Nathan. "His transactional and operational experience and analytical background as an analyst covering the gaming space will serve us well as we embark on our aggressive expansion strategy."

"Daniel and Olivier have done an incredible job building an ambitious and entrepreneurial culture at Homa. I'm excited to join and be a part of the mission to be the de-facto platform for game developers to find ideas, iterate rapidly, and distribute their games to a large audience."-Jeff says about joining Homa's team.

Following a recent Series A funding of 50M$, Homa is broaching an "aggressive" expansion strategy in hiring and acquisition.