Sergey Komar: The journey into starting a Hypercasual studio 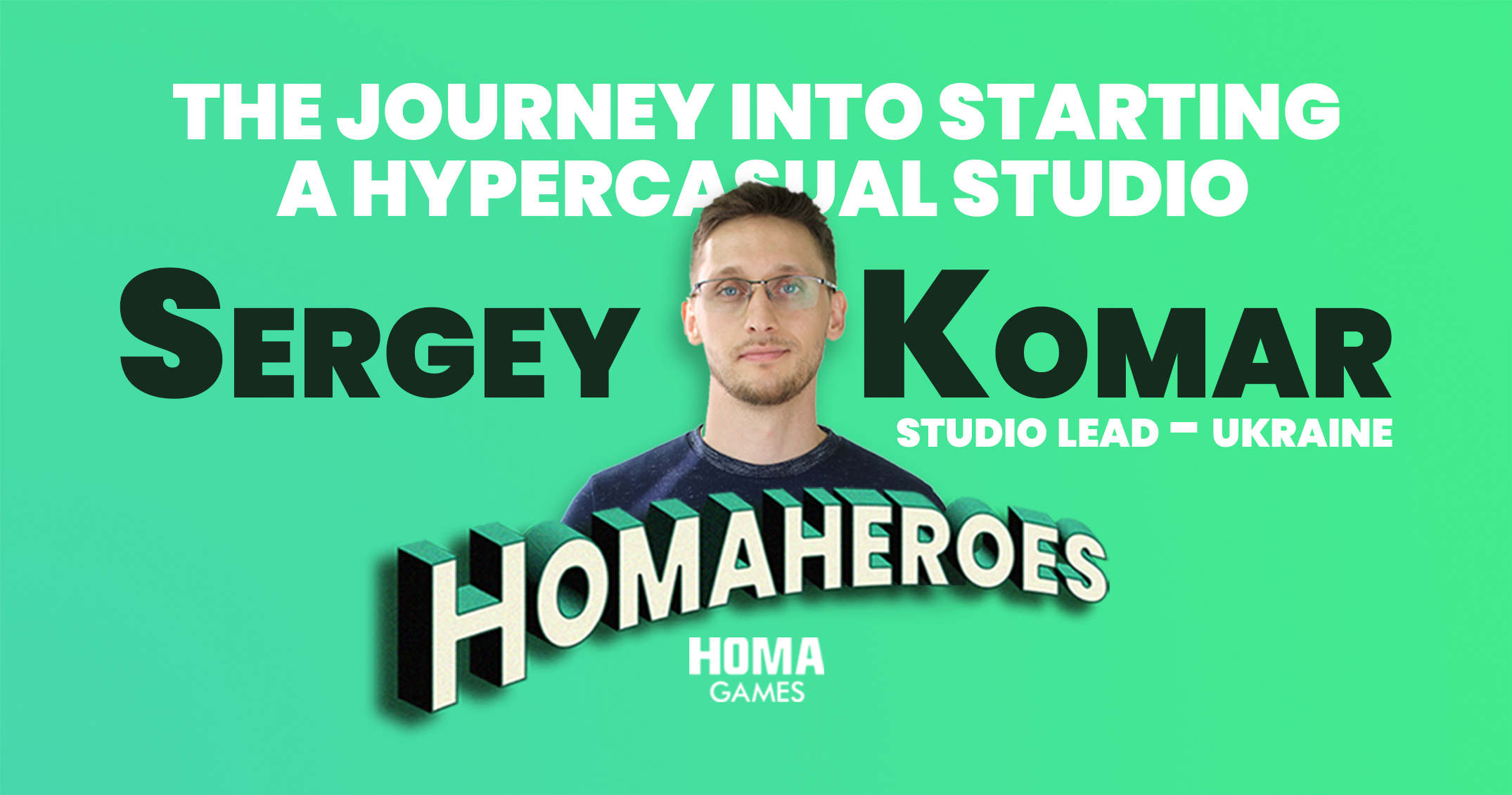 This series highlights the work of Homa’s colleagues and partners, new or renowned, big or small, famous or just starting, but leaving a mark on the industry by their exciting contributions and personal touch. Let us introduce you to our Homa Heroes.

Homa Games recently opened its 4th office, this time in Lviv, Ukraine. We talked with Sergey Komar, Studio Lead, about his journey into game development and the challenges of starting a Hypercasual studio.

1. Tell us about yourself and your past experience, how did you get into game development?

Well, it was my childhood dream to develop video games. So it's not a coincidence that I'm in the game industry. I started as C++ Game Developer because, back then, there was only one way to make a game—to program it. I made a few demos and decided to join the only one game dev company in my city. But they rejected my offer, probably because I was a bad developer :)

In 2009, at the age of 24, I decided to establish my own game studio and make games for the new "weird" platform—Apple Appstore. It was pure Wild West back then. That was my first studio, "There Is No Spoon" or the shorter version TINS Games. I was a developer and producer at the same time (Hypercasual style :D). Then I founded and co-founded several other game studios: Komar Games, Mizar Games, Play Cute.

After my entrepreneurial path, I decided to work and learn with big game companies, so I joined G5 Entertainment as Lead Producer and led 22 specialists. And then, in 2020, I was hired by Homa Games to work as a Publishing Manager and then as Studio Lead

2. How would you describe game development in Ukraine? Why is it a good place for a studio?

Ukraine has one of the fastest-growing communities of talented gameiIndustry specialists. A lot of companies opened or are going to open their offices here. Ukraine has enormous potential to become one of the biggest game development countries in the world: We have many universities, beautiful people, and an excellent taxation system. So from my point of view, it's an intelligent decision to establish a studio in Ukraine.

3. So you want to create a studio and you are in front of a blank page. What are the three first steps?

2) Recruit and organize the core team

3) Build the studio around the leaders and core team

4. What are the key elements for successfully running a studio?

5. What do you look for in someone when you hire new talent?

6. How is a Hypercasual studio different from a mid-core/casual one?

Speed of execution. I used to develop casual, mid-core, and even hardcore games, and usually, it took a minimum of six months to have a vertical slice or demo. The whole production time could be 12-36 months and more.

7. What is your management philosophy?

A good manager should lead the team to success, help each team member grow professionally, and be responsible for getting things done.

8. Can you share some tips for people applying to a studio and especially to a Hypercasual one?

10. How do you unlock creativity?

By playing games on different devices and in various genres, and by looking for inspiration in social networks (TikTok, Reddit, etc.).

Homa Games has open positions in Lviv and other locations. Check them out here!