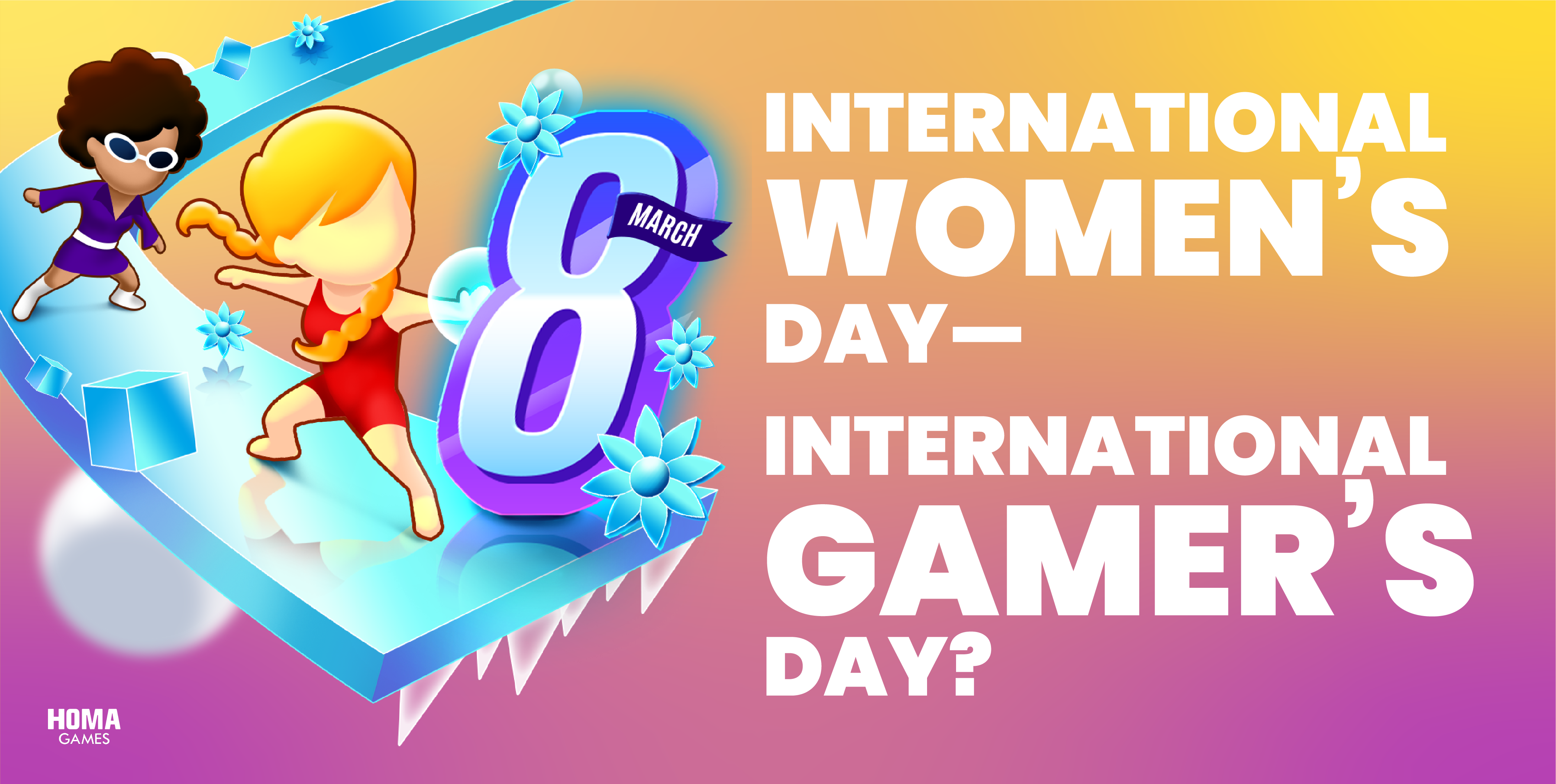 Today is March 8th and, as the world celebrates International Women’s Day, it’s our chance to show some appreciation to all the women in the gaming industry. From gamers to developers, women are and will be the key to success for your next hit.

It’s been known for a long time that Hypercasual games didn't play by the same rules as most of the male-oriented gaming market, making neutrality in user targeting one of its main attributes. The recent explosion of beauty and fashion related simulation games on the top charts may signal that we all have a new user to chase.

Women are an ever-growing segment among game players. Each day more and more women and girls start to play games, and they represent an increasing percentage of the total gamers’ user base. In this context, Hypercasual mobile games are particularly spoiled by the segment, as mobile is the gaming support preferred by women, compared to console and desktop.

The barriers of entry for playing games are lower than ever with the rise of smartphones and the huge offer of free games to play. The ability to instantly download games on-the-go seems to integrate smoothly into young girls’ as well as modern-day busy women’s lives.‍

Women are many, and they are willing to play games. So if you are a developer, you would want to consider this segment when creating your new game. But what are the best ways to better serve this huge market?

‍Recently, many games hitting the top charts incorporate what would usually be considered “feminine” elements. This strategy to reach the female market is based on adding “girly” components to a game’s visual appearance, ASO and ads, sometimes regardless of its theme or core gameplay. Pink colors, hearts and flowers, or themes like makeup, beauty, and fashion constitute the standard female-targeted iconography.

Another observed tactic is more straightforward—representing the female player on the most important visual ASO asset: its icon. A sample of top 100 most downloaded free games on the App Store of the last 30 days, compared to the same dates one year ago, showed the rise in the explicit female representation on games icons approximately by five times in Hypercasual alone.

‍Nevertheless, as effective as a pink strategy may be with certain games, it might also be ineffective or damaging for others.

So, what to do? As the industry becomes more aware of the specificities of this demographic segment and more research is conducted on the subject, more data will be available on women’s interests and behavior that may influence not only the visual appearance of games, but also other elements like game mechanics and overall gameplay.

In the meantime, here there are three tips that will help you develop and publish games that will appeal to the largest part of mobile gamers.

Even when you are not targeting women in particular when designing your game, you still want them to play it. Make sure your user acquisition and ads strategy are oriented to this particular segment as well. Check your analytics—knowing the amount of women playing mobile games right now, if your game has a largely predominant male audience, you might want to reconsider the way you advertise.

Don’t over do it

Although incorporating the “female-oriented” elements named before can be appealing to a certain user, you still want to consider the full range of your potential audience. If your game is male-oriented by classical standards, try to keep it neutral so you still keep your loyal male audience while at the same time not overlooking female players.

Many female publisher managers may have at some point chuckled when receiving prototypes simulating activities usually defined as “female”, where the gameplay would hardly match the expectations of the players it was made for. To say it simply, if you don’t know how to do makeup, you probably don’t know how to make a game about makeup.

In Hypercasual development, as the biggest segment of your targeted user base, women should be involved in the development of the product. It becomes even more crucial if you are attempting to create a game that mainly appeals to women.

The future is female

‍We can predict a further surge in games that incorporate feminine elements and female characters in the near future, which might be a mirror of the increasing percentage of female mobile gamers. As those percentages rise, we as well look forward to seeing a similar growth in the number of women involved in the production of those same games. This will undoubtedly bring a more balanced and relevant vision, and ultimately be the answer to “What’s next for Hypercasual?”

If you are a woman looking to start a career in mobile gaming, we want to hear from you! Make sure to check our open positions here.