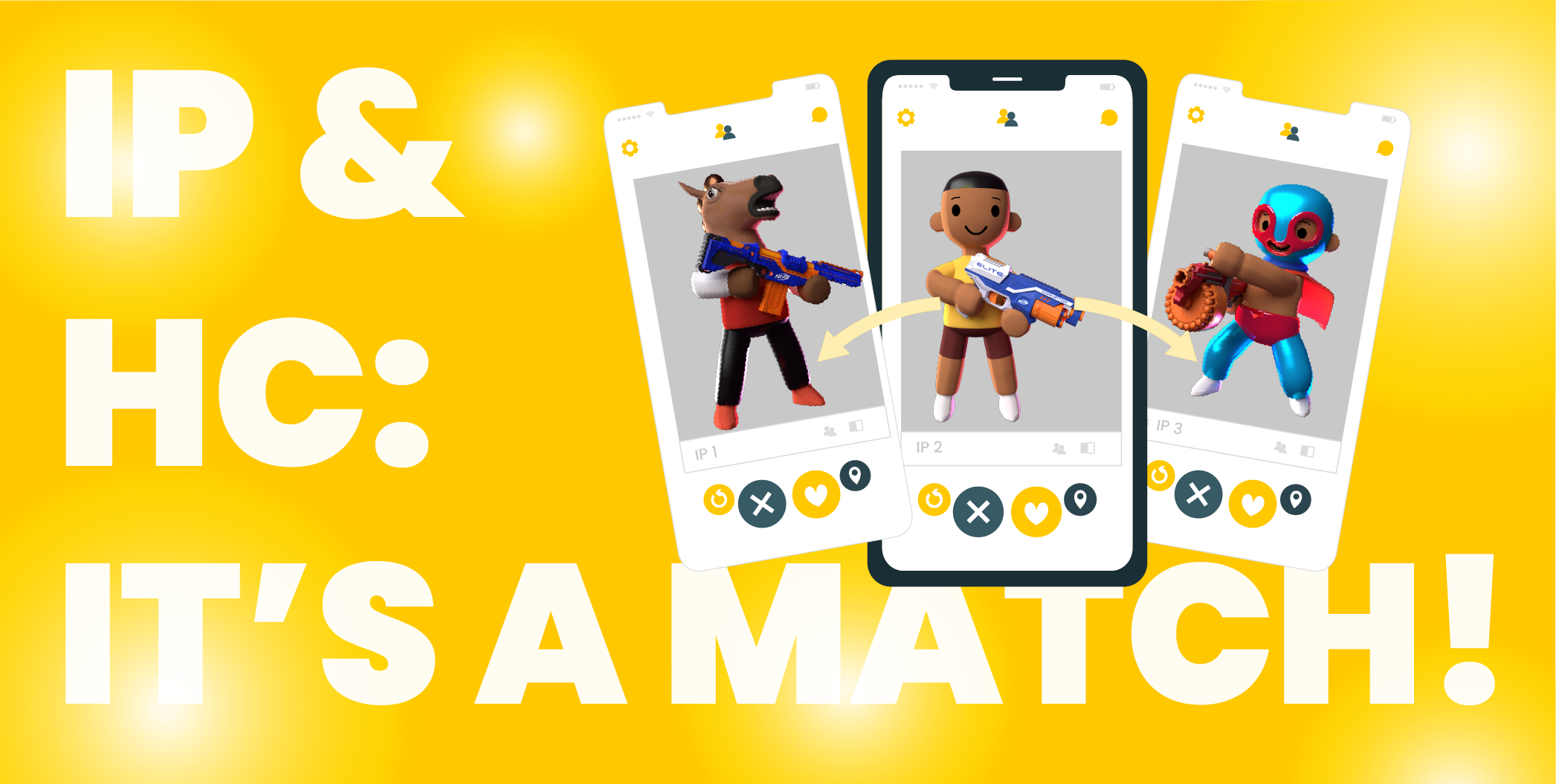 On April 26th the world celebrates Intellectual Property Day, and here at Homa we wanted to take the opportunity to explore how partnerships between IP holders can create synergies and boost the Hypercasual game creation process. In the next paragraphs, we’ll explore what this type of collaboration can bring to the table.

IP partners and HC games: What’s in for each one?

It’s very common for well-known franchises to try to bring their characters and stories to new platforms and to expand their transmedia strategies through games, as they succeed to build huge fan bases hungry for more content. The video game format brings the opportunity to dive deeper into episodes of the characters’ life and to keep developing the world they live in. However, when it comes to mobile games, so far this seems to be the case mainly for midcore games.

Even though in recent years we’ve been seeing more and more IP-based HC games, there’s still plenty of room for them in the app stores, where they only have a shy presence in the top charts. This represents a huge opportunity to HC developers and publishers, as the trend of creating short, snackable pieces of content keeps flooding the media landscape, and as we realize that almost everything can have a mini, Hypercasual version.

At the same time, the fact that HC games are taking over the mobile app top charts and have experienced impressive revenue and audience growth means that in the near future more and more franchises will search for ways to translate their content into this format. The large potential audience of HC games and their easy-to-play format has already caught the attention of entertainment companies eager to exploit these synergies.

And what about HC developers? Partnering with a well-known IP has some evident benefits when it comes to marketing a new game—the first one being the huge audience that already comes with the brand. A big name should attract users by itself and, therefore, have a positive impact in lowering a game’s CPI and reducing UA costs.

This is partly true, as an IP can help increase click-through rates on a game’s ads from fans and generate some organic downloads, but in today’s overpopulated app stores you’ll still have to invest in UA to reach valuable users. However, an IP could have a positive effect in ASO, as big household names have higher chances of being featured in app stores, which brings visibility and enhances app discovery.

But what’s more important about IPs is their power to attract loyal, quality users. IPs can dramatically increase users’ LVT and reduce churn rates, as they bring already engaged users wanting for more. This is usually the case for midcore games, which rely more on IAP and deal with higher CPIs, and it is why IPs have found fertile grounds in them.

A loyal audience wants to explore everything about a character or narrative world, and in HC games this translates not only into spending more time on a game, but also into unlocking skins, collectible objects, or any content you could possibly provide. This has a direct impact in users’ retention and also paves the way for IAP.

So it’s clear that partnering with an IP can bring benefits, but in order to make the most out of such collaborations, choosing a brand that matches your goals and target demographics is only the beginning. One would think, if both parts consider that they can reach a broader audience by making an alliance, why not? The thing is, no matter how important the IP or how big the HC industry, if the game is not good, the audience just won’t stick.

Good HC games follow certain guidelines that make them succeed, and going too far from them could mean leaving the HC spheres. When choosing an IP, and therefore a whole world and narrative, better to think if those stories or dynamics really match the HC world and gameplay. Would simple mechanics fit with complicated or complex stories? Can a certain IP match those game mechanics in a satisfying way?

On the one hand, gameplay and core mechanics should get along well with the IP. On the other hand, these same mechanics have to fit seamlessly in the IP narrative, so fans would feel the game as an expansion of this world, and not as an independent piece of content, despite the game being able to function well by itself. So what HC genre suits the story better? Does this genre resonate with the target audience?

Another aspect to take into account is the IPs esthetics in general. The brand should be appealing to the HC public but also for developers, as it is crucial that both parts share a common creative vision. Also, as an IP already comes with its art guidelines and branding, do they easily adapt to typical HC user interfaces? Can they be easily integrated into regular HC user experience?

In the best scenario, a game will not only follow a brand’s guidelines, but it will also take advantage of what the brand can offer in terms of character creation, collections, or rewards (which will lately translate into unlockable content through ads and IAPs). Does the IP universe leave room to create new assets and keep expanding its world while maintaining consistency in tone?

Another aspect to consider is how choosing a beloved brand will also have a positive impact in your own brand value perception. Once the industry and the public associate your products with a reputable name, this will ultimately bring more opportunities and leverage your networking game. And a bonus: launching a game under the shelter of a recognized IP can give you a stronger legal support for preventing copycats.

What the future holds

Well-executed IP partnerships have a huge potential to leverage mobile games, and we can expect to see more familiar faces invading the HC space in the short term. It could happen in several ways, as an IP license can also be used as a brand injection to an existing game, in the form of new skins or features, as a way to reboost a product. This can be an option for brands that don’t consider that the short lifespan of HC games it’s really worth the hassle according to their strategy. Another way to go is for already existing IP midcore games to incorporate HC format versions in order to reach this casual audience and to keep expanding their narratives with simpler gameplay.

We can also expect a surge on IP-based games, as publishers look for new ways of increasing organic UA in view of the IDFA changes introduced this week and already shaking the mobile app world. But in this sense is it good to remember that IPs appeal relies more in the quality of users they attract and in the experience they provide, rather than in their ability to bring users by themselves.

In order to attract and maintain users, a successful IP-based game will combine a strong brand narrative with the essential features that make HC games irresistible in a cohesive way. The core gameplay spiced-up with an attractive story will keep players engaged and wanting for more. It is up to game creators to explore how they can make use of their mobile expertise to bring quality experiences to an existing IP audience.