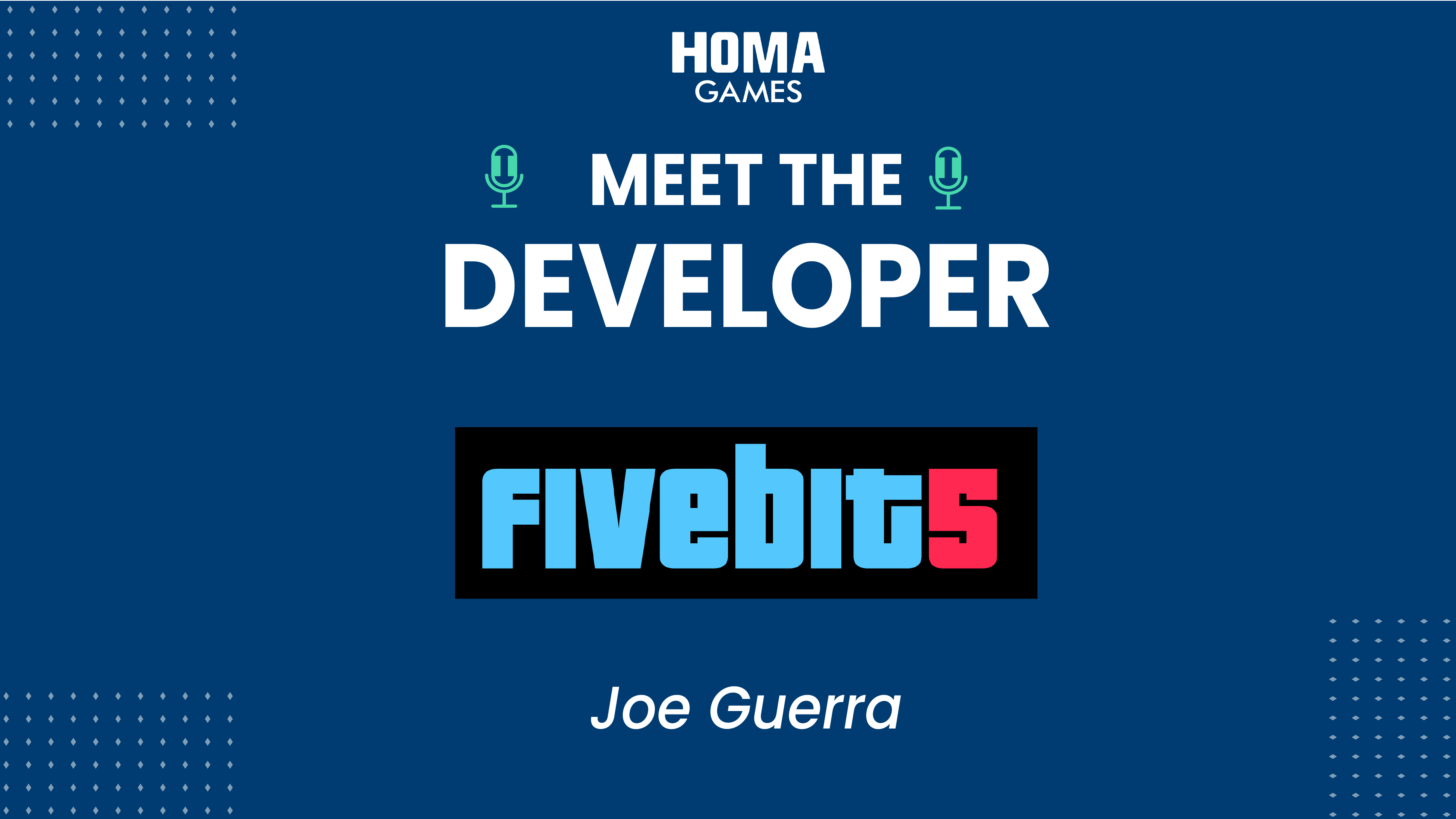 ‍1. Thank you for taking the time to talk to us about Border Patrol! Let’s start by getting to know your studio a little bit better. How did Five Bits Inc. first start?!

It all started in 2013 when we made our first mobile app. It was called Deciderr and it was a simple social polling app, we had around 100k users in its peak but we lacked a monetization strategy and had to shut it down. That's when we saw an opportunity in mobile games and ad revenue. We developed our first game and quickly started learning from other developers.

Our second title, Fit the Fat, was launched in 2014 and we did some small marketing to try our luck. To our surprise, a couple of days later the game became viral….We reached the top charts in more than 50 countries. We leveraged those resources and worked on Fit the Fat 2 and 3, each took more than a year to develop. Last year,  we shifted our mindset and started working on prototypes faster and testing them to the market...and that brings us where we are now.

2. We’ve seen that Border Patrol was a top-charting hit for your studio—What was the inspiration behind the game and how did it come about? And are there any interesting and/or exciting moments or experiences you would like to share with us from that time?

We are always looking for different and appealing ideas to create games with. So this time, we were looking at a video of a security check on airports and specifically at how X-ray machines can tell if you are carrying items that are not allowed. So we thought it would be very interesting to make that happen in a mobile game!! And that's how we started working on the gameplay and mechanics. We adapted the Tinder swipe mechanic to approve or deny, which makes it very simple to play.

Border Patrol quickly reached more than 10 million downloads after the first couple of months of release. It also reached number 2 in the US android top charts. Plus the top 10 of 45 countries.

4. How long was Border Patrol in development for?

We tested the first prototype ten days after the initial development. But we have never stopped working on it since that day. We started in the 2nd week of February. Its been a hell of a ride.

5. The time difference between Panama and France is seven long hours. How did you guys find it working across different time zones with Homa?

‍I have to give this to the Homa team!! Sometimes I believe they work 24/7. I mean, it can definitely be challenging as we lose some time with responses, but so far we've managed everything very well.

6. Could you tell us three reasons why Border Patrol was a top hit?

7. What programs or developing engines do you use to create your games? Is there a secret recipe for game making that you’d be willing to share with developers? What software, developer-tools, or black-magic did you use when making Border Patrol?

We use Unity as our main engine, but we have done several frameworks within to speed up the development of prototypes. Things such as UI, effects, ad managers, etc. There is no secret in a game being a hit, testing is everything. So, the faster it's tested, the faster you know if it has potential.

8. Do you have any advice for developers starting out in mobile game development?  Is there any secret quote, developer-advice you can give our lucky players who read this interview?

I believe we, developers, always make the assumptions that people think like us. So if we like a game idea, we think the market will like it as well, but it doesn't mean the market will. Testing is everything. The only way to know if the market likes the game is by showing it to them.

‍We have several more games coming, but we are also focusing on the games we have released so far, Border Patrol included. We are working hard to make it an even better game than what it is.

It was a pleasure interviewing Five Bits, Inc. studios and discovering their take on the mobile game industry. If you wish to work with us in making your game a mobile hit submit your game directly here.