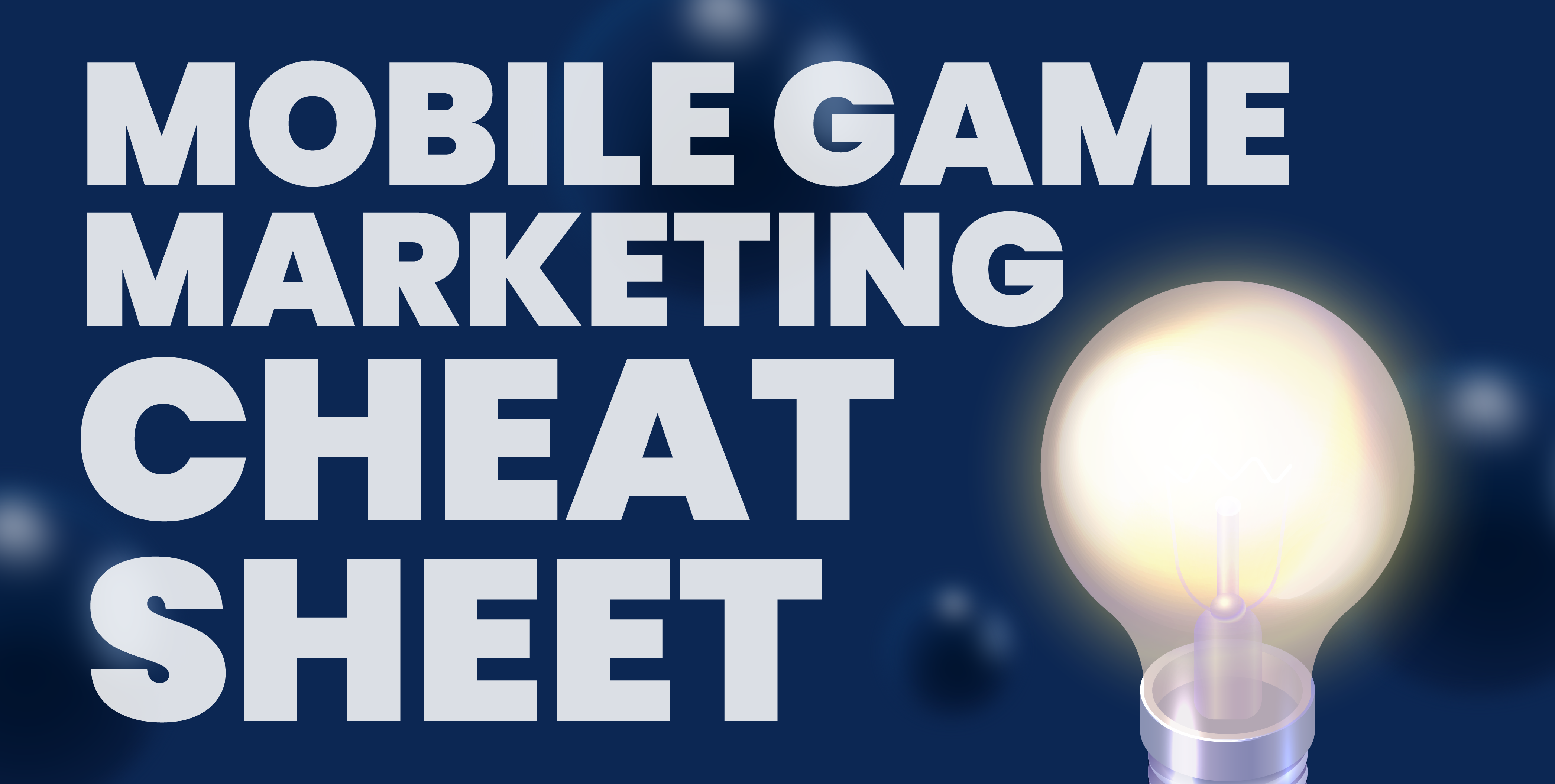 Thanks for clicking on this article despite the unintelligible letters we put in the title! Whether we like them or not, acronyms are widely used in the mobile app market, so it’s better to get used to them sooner than later.

If you are a game developer getting into the mobile world, you may have noticed that creating a concept and design is just the beginning of the journey to have your game widely distributed and played by millions of users. The mobile app market has its own ways, and there are things you should be sure to know while surfing the sea of publishers and app stores.

The Hypercasual games’ business model depends heavily on in-app advertisement, so there’s a whole world of ad terminology to be familiar with that you’ll have to consider as you optimize your game to better adapt to mobile platforms. But don’t worry, we have you covered.

To make sure you and your publisher speak the same language, we prepared a list of terms you will surely encounter along the way. They will eventually become part of your everyday vocabulary, but in the meantime, here’s a pocket-guide to the most widely used acronyms in the mobile app world to keep handy.

Make sure to familiarize with these few terms as you start to dig deeper in the app market.

UA: First things first, UA is short for User Acquisition, the process of acquiring users to play your game. An effective UA strategy is vital for monetizing a game.

ASO: ASO stands for App Store Optimization, which is the process of improving the visibility of your app within an app store. This could be done, for instance, by optimizing the name or title of your game, or changing its icon or main image.

IAA or UAR: In-App Advertising, or User Ad revenue, simply means incorporating ads in an app or game.This is a strong source of revenues for game developers.

IAP: In-App Purchase is another way to monetize a game, consisting in offering virtual goods that users buy within apps, such as in-game currency, recurring subscription, and more.

CPI: It refers to a pricing model used in mobile user acquisition campaigns in which app advertisers pay each time a user installs their app from an ad. This Cost Per Install is calculated by dividing the number of ad spend by the number of new installs: Ad spend / Installs = CPI.

You got it right, you’ll have to think about the best ways to include these ads to your gameplay. Here the main types.

BN: Banner Ads are typically displayed on the top or bottom of the screen, sticking to the screen for the duration of the user session. They have the lowest eCPM. (We’ll talk about eCPM below.)

IS: Interstitial Ads are displayed at natural pauses in your game's flow, ensuring minimum disruption. Interstitial ads get much higher eCPMs than banners, but lower than RVs.

Once your game is up and running, there’ll still be room for improvement. A game’s performance will be constantly evaluated in order to continue optimizing it, and the KPIs, or Key Performance Indicators, will inform how this will be done. Here there are some of them.

DAU/MAU: Daily/Monthly Active Users reveals the total amount of users who visit a game on a daily/monthly basis.

RR: The Retention Rate is the percentage of users who continue opening the game over time. This app metric is typically measured at 1 day (D1), at 7 days (D7) for Hypercasual games, and at 30 days (D30) for more casual genres.

ARPU: Average Revenue Per User is an app metric that measures the average revenue each active user generates, including IAA and IAP.

LTV: Lifetime Value is a metric that estimates the revenue a single user generates throughout their entire lifetime within the game, and it’s calculated by adding IAP and IAA. Maximizing LTV is at the heart of game design and user acquisition processes, as it involves incorporating as much advertising inventory as possible without creating too much friction for the user and valuing this inventory at the right price.

K-factor: It is a metric that evaluates how many new users each of your existing users brings along to the app. In doing so, it provides insights into the effectiveness of incentives for current users to share the app with other people.

CTR: Commonly used in digital marketing, Click Through Rate is the percentage of users who saw an ad and clicked on it. It is calculated by dividing the number of clicks an ad receives by the number of times an ad was shown, and then multiplying by 100.

CVR: Conversion Rate is the percentage of users who saw an app-install ad, clicked on it and actually converted through some prespecified action, as could be “Install the game.”

IPM: Installs Mille is the number of times your game is installed per thousand ad impressions. The formula to calculate it is number of installs * 1000 / number of impressions.

CPM: It refers to a pricing model in which an ad buyer is charged per mille (1000) impressions within an app. Cost Per Mille is the cost of 1000 ad impressions in an app, providing a monetary value for ad inventory and letting developers know how much they can earn.

eCPM: The effective Cost Per Mille is used to describe the ad revenue generated per 1000 ad impressions. It is calculated by dividing total advertising earnings by the total number of impressions your app served, then multiplying by 1000. It’s a way for publishers to know if the ads in their apps are effective for generating new installs. Simply put, it is the amount of money a game generates when a user sees an ad in that game.

ROAS : Revenue On Ad Spent is a revenue-based metric used to calculate the efficiency and performance of digital advertising spend. It is calculated by dividing the amount of revenue generated by an ad campaign with the amount spent on that ad campaign.

You’ll have to consider these points when developing a game for mobile platforms, so keep this guide close as you make your way through the app stores!

Part 2: We walk you through the user acquisition and monetization process and introduce you to necessary partners on this 2-part series.

Part 1: We walk you through the user acquisition and monetization process and introduce you to necessary partners on this 2-part series.