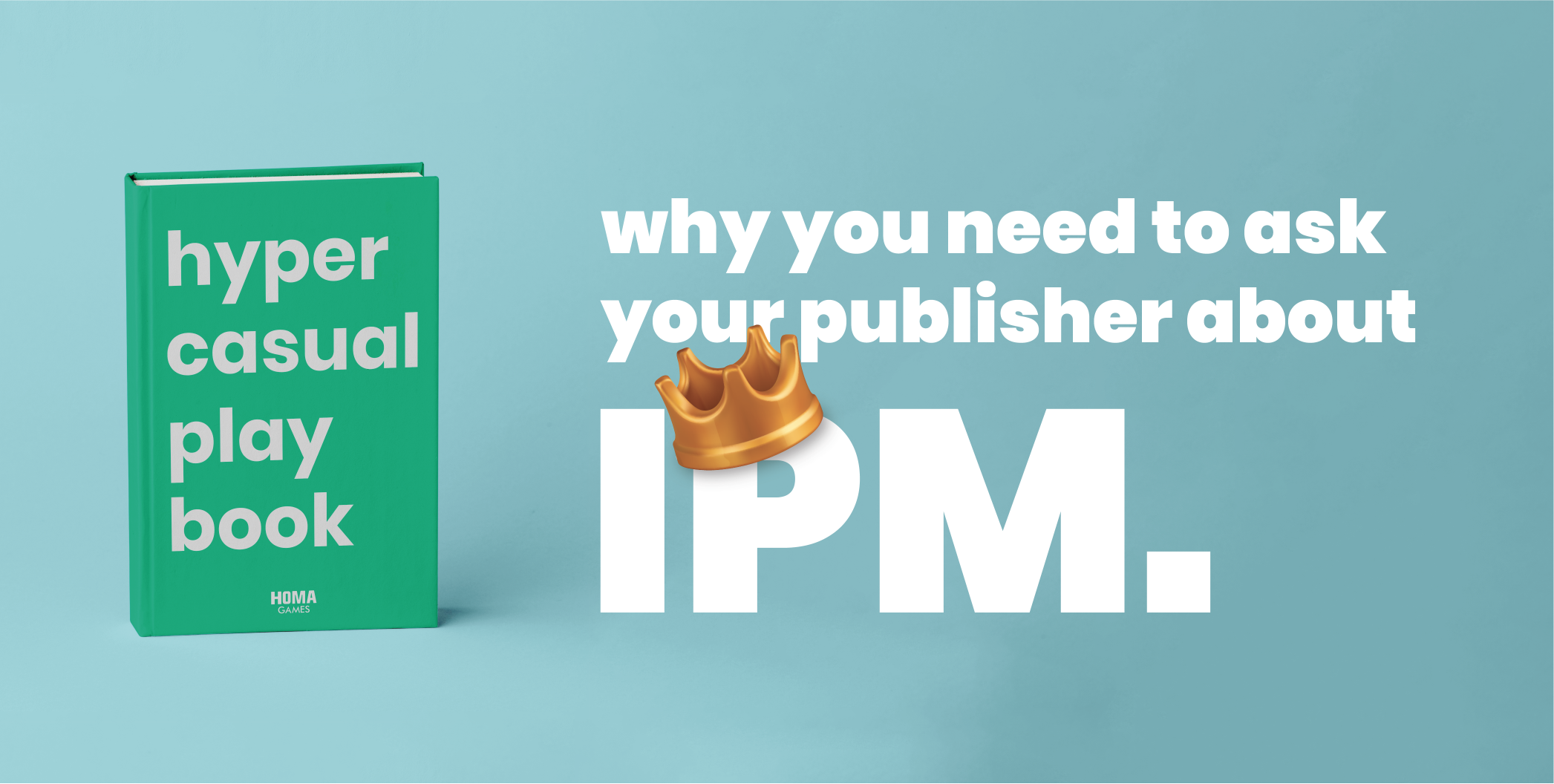 Welcome to the Hypercasual playbook! This article will be the first out of many more in this series that will discuss the details of the mobile gaming industry. Before starting, you can take a look at our Mobile Marketing Cheatsheet and other linked articles to refresh the specific vocabulary. Enjoy the ride!

What’s the deal with CPI?

The Cost Per Install (CPI) is the primary metric game studios of all genres use to estimate their product’s marketability and general profitability. Its equation is quite simple: you divide the cost of your marketing campaign by the number of installs it generated at the end. For quite a long time, CPI was practically the only metric that really mattered in terms of marketing the game, mainly because external causes related to seasonality didn’t have such a high impact on it. Even before, the market wasn’t as CPI-oriented as it is now, and calculating the ROI was considered enough.

This is not the case anymore. Today, the market is flooded with ads from hundreds of different publishers and all marketing efforts are highly affected by seasonal trends. Furthermore, more advanced mobile technology and faster internet speed mean more ways of advertising games. The market prices and performance numbers are fluctuating to a point where many might simply think there’s a glitch in the system.

Imagine this scenario: a publisher runs an ad campaign and gets excited by seeing the low CPI. Therefore, they decide to give it a second run a week later with the exact same UA strategy. Yet, somehow, this second campaign has a much higher CPI, to the point where it isn’t even profitable. Nothing wrong happened, and there was no fraud.

Why? Because having a low or a high CPI doesn’t necessarily mean the UA is good or bad. Sometimes, it could mean the publishers have encountered seasonality events (Black Friday, Christmas, and other special occasions, or even just weekend vs weekdays) which make the CPM fluctuate drastically following high or low demand, but also spike or drop along with market supply.

CPI is highly correlated to the media cost, which could fluctuate a lot and could end up providing a false impression, either good or bad, of the marketability of a product. So, even though CPI is clearly an indicator to watch, it demands special attention as it can turn out to be unreliable.

[could we get any example for an image? A CPI that was highly impacted by an event, for good or for wrong]

Installs per Mille (IPM) is an essential KPI that calculates the number of installs for every thousand impressions. Hypothetically speaking, the highest IPM you could get is 1000 (at this point, get the UAM team a Nobel prize), and the lowest is 0 (the campaign was a total failure).
‍

‍
The fact that IPM doesn’t take volatile media costs into account makes it a more independent metric and a better indicator of the quality of a UA strategy. IPM allows to directly compare the number of installs driven by different creatives without taking their cost into account and, therefore, to assess their quality putting seasonality aside.

IPM became very popular in the gaming market these last couple of years, especially in the Hypercasual scene, as marketing became increasingly competitive. Publishers have been really honing their UA strategy to make the most out of their impressions. They developed more interactive ads, and used all sorts of colors, touchpoints, musical stimuli, and other methods to improve the UA process. Therefore, they needed the IPM metric to have a clearer idea of their UA’s performance.

IPM can be increased by optimizing other KPIs, such as the click-through rate (CTR) and conversion rate (CVR). For example, instead of a bland “Install” button at the bottom of the ad screen, a very bright call to action in the middle of the screen with more engaging copywriting can really drive up the CTR and lead the user to the app store’s install page. Playable ads are also a way of engaging the user from the beginning and leading them to the app store. At this point, a really well-presented app store page, with exciting visuals and description, will push the user to finally install the game, therefore raising the CVR.

A good IPM should be higher than 100. However, as it won’t be the only metric to take into account, lower numbers are also considered as acceptable. But do we have to choose between CPI and IPM? Definitely not, even though it is clear that IPM is much stabler than CPI, and therefore more reliable. Both indicators are essential and play a huge role in monitoring a successful marketing campaign.

We can take a look at the test campaign report below. The last campaign, having the highest IPM and the lowest CPI generated more installs. Even though CPI wasn’t outstanding, IPM was very good and after further testing and optimization the game was published.

IPM has steadily became an essential additional metrics to CPI to evaluate marketability, due to three main reasons:

It’s strongly recommended for publishers to really put an effort into increasing their IPM, especially as multiplying it by 2, 5, or even 10 is totally doable with a consistent UA effort, something which is unimaginable with CPI, as dependent as it is on external influences.

Do you know that this July Homa Games will host the first game jam on the theme of Arcade Idle? Check out the information here!

‍Registration is open until June 30.