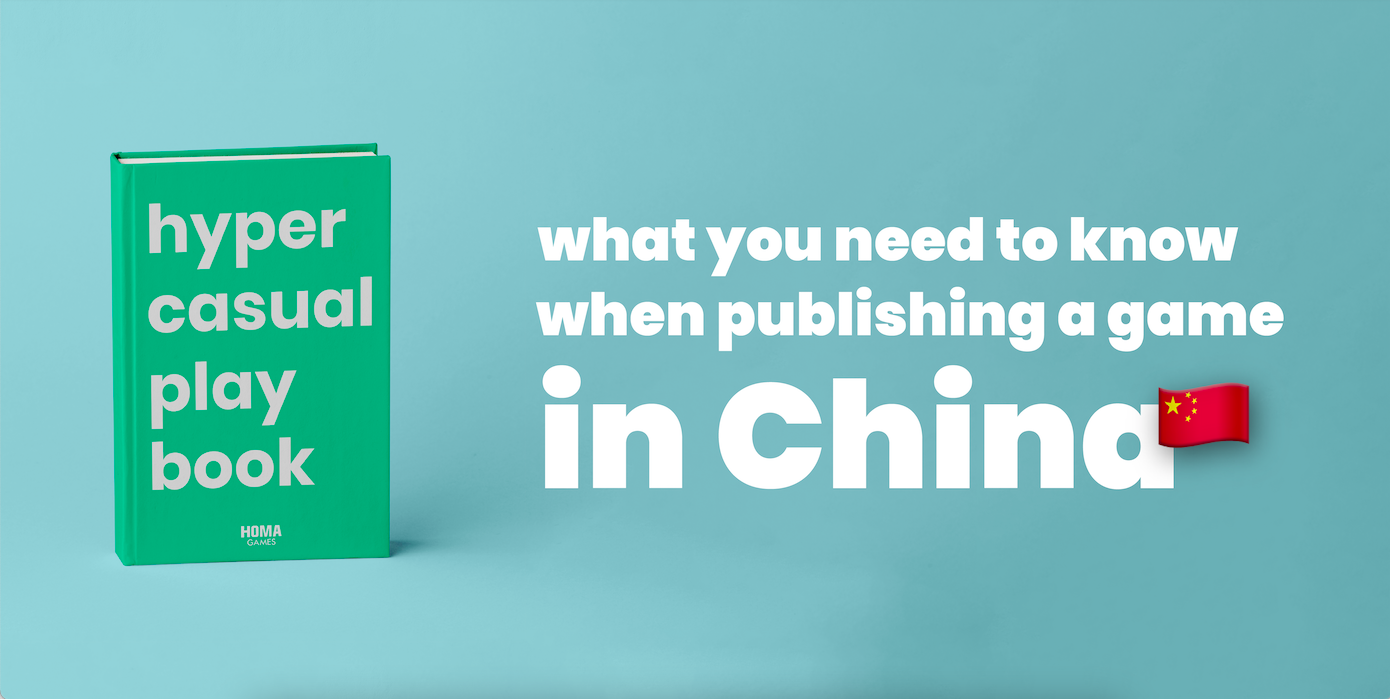 With 1400 billion habitants and a booming economy, China has the largest gaming market in the world in terms of users and revenue. And, with a growth rate of more than 15% annually in billion of yuans in the last 10 years, it’s not surprising that everyone wants a piece of it.

But unfortunately, publishing a game in China is not as easy as submitting it to your two favorite app stores and doing some smooth localization to connect with the local audiences. The Chinese market has characteristics of its own, which can represent a challenge for the unprepared developer.

When starting the journey of launching a game in China, the idea of getting familiar with the dos and don’ts of the Chinese app ecosystem can seem daunting… but there’s a way. In this article, we’ll review the main pain points when approaching this attractive but nevertheless challenging market, and we’ll see how to tackle them based on our own practice at Homa.

The fact: Counting no less than 743.5 million players, the audience is massive and avid for new games. Furthermore, people in China are big social media enthusiasts and will spend up to 5 hours per day consuming online content. You just have to know where to find them.

The issue: The Chinese app world doesn’t look like the Western one, with different social media networks like WeChat, KuaiShou, WeChat, Weibo, and more… even TikTok (or DouYin) is a different app than the one you may have downloaded from the app store.

The how-to: Because there are Tencent, KuaiShou, Ocean Engine, Weibo, and other local UA and monetization networks, it is important to familiarize with these companies and work closely with local agencies to fully grasp the audience volume.

The fact: Chinese players are a multitude, but so are games. In order for a game to be appealing and drive downloads, it has to adapt well to local taste and customs.

The issue: Other than the language and cultural barrier, the Chinese government has very strict rules for game content, stating that there should not be explicit violence. Blood, for example, is a no-go.

The how-to: There’s no way around this policy, so developers may have to re-design a game’s content and adapt it to comply with local regulations. At Homa, our own team based in China orients the games redesign when necessary and also works in localization to adapt the UI, visuals and texts, ASO, creatives, or even the game’s Chinese name, following the market trends.

Finding a way through the Chinese app stores

The fact: Many of the apps and services that we regularly use are not available in China, or exist in different versions and capacities.

The issue: The fact that there’s no Google Play Store in China means that there are more than ten main Android stores, plus APK channels where users can download apps. When it comes to iOS, the App Store has a different procedure for in-app-purchases, which may involve having to completely remove them.

The how-to: It is important to work with a local partner to familiarize with the app ecosystem. If submitting an app for one store is good work, multiply it by ten or plus, and add optimizing it to make the most out of the organic reach for each channel. Furthermore, H5, a format based in HTML5, is very popular in China because it allows users to play the games through apps like TikTok or WeChat without downloading them into their phones, which means a huge market and opportunity.

And what about the money?

The fact: Chinese people love to play games and are ready to pay for them.

The issue: Unlike Western audiences, people in China don’t expect to find as many ads in Hypercasual games. So, with the same ad frequency, playtime and retention tend to be lower for Chinese users.

The how-to: Because Hypercasual games would probably be launched without in-app-purchases (see next point), ad revenue should make up for them. Homa Games has worked with its local partners to redesign the ads frequency with the goal of decreasing interstitials and increasing rewarded videos, plus adding local ad types to have an even higher LTV + Playtime + Retention. In the Chinese market, unlike the Western one, it is very common to find native and splash ads in Hypercasual games. They usually represent up to 25% of the revenue, so no using them just wouldn’t make sense.

Last but not least: Surfing the legal and administrative sea

The fact: The Chinese government has to approve all the games before they are launched.

The issue: Well, that’s the issue. Copyright is needed in order to work with local UA networks and to submit games on the Android stores. Also, an ISBN number, which takes between 6 and 10 months to process and get, is mandatory for publishers to incorporate in-app-purchases in both iOS and Android.

The how-to: Homa’s local team helps to handle the legal and administrative constraints to get Copyright sorted, and gives the devs a clear planning to make sure the game meets the requirements of the local iOS and Android market. Because of the ISBN lengthy procedure, in most cases Hypercasual games will decide to completely remove in-app-purchases and adapt its monetization strategy accordingly.

Publishing a game for Chinese audiences doesn’t seem like a one man’s job, so if you are planning to tackle this market, at some point you’d find it useful to work with specific partners. Or at least it worked for us. Homa’s local team has focused on building good relationships with the right partners in China to help publish the games in every step of the process.

Also, when it comes to China, having a game copied is a common concern for most developers. To prevent this, it is important to move fast. Homa will start testing a game’s potential in China as soon as it reaches the acceleration phase, to prepare for publishing as soon as possible.

The other side of it is that going through the process of publishing in China brings a good deal of learnings that can be applied to a game’s worldwide version. At Homa, we constantly analyze the games’ performance in the Chinese market and test elements like background music, sound-effects, local skins, maps, or design in creatives that can later display in the other markets.