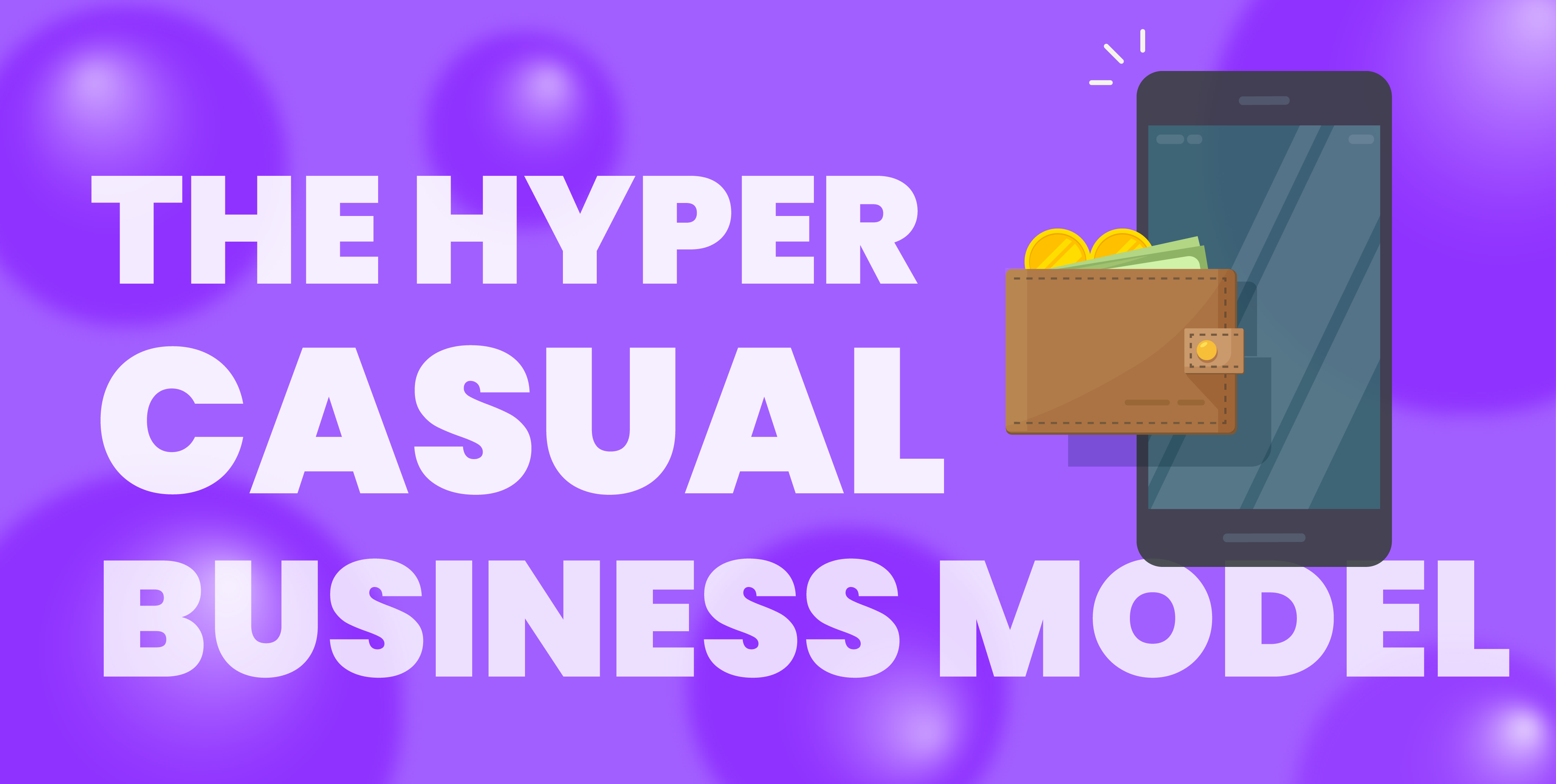 Business models are meant to answer a very straightforward question:  “How am I going to make profit?.” In the game development business, the answer to this will essentially be tied to what type of game you’re making.

If you’re building a midcore game that would require tons of funding, then relying on in-game ads would probably kill the project. On the other hand, if you depend on in-app purchases for a casual game that the average user plays for two minutes on a bus stop, then you could also expect a negative result.

Hypercasual (HC) games have a distinct business model that allow developers to turn their creativity into profit. In the following paragraphs we’ll dive deeper into the characteristics of this model.

Note: Some terms in the article might seem a bit confusing if you’re getting started in the field. But we’ve got you covered! If you’re stuck, take a quick look at our mobile marketing cheatsheet and get familiar with some of the helpful vocabulary.

The gaming industry is growing at an incredibly rapid pace. To get a grasp of it, we divide game genres into multiple subsections. So, when it comes to mobile games that are “more than casual,” three types fit into the Hypercasual category, with only slight differences:

2. Regular Hypercasual games: They rely on challenging yet simple decision-making mechanisms. Pretty much like a mobile gaming snack.

Keeping in mind these three genres’ specificities will help understand the whys and why nots of a HC business model.

How to earn money from developing HC games?

HC games benefit from a diverse market of more than 2.2 billion mobile gamers worldwide, which allows developers to multiply their relatively low profit margin by the massive number of downloads. But how is this profit made?

In brief: The cost of user acquisition (UA), known as cost per install (CPI), should usually range from less than 10 cents to 30 cents. Meanwhile, the developer’s overall revenue from that same user—their Lifetime Value (LTV), should be anywhere between 20 to 50 cents. The user’s LTV depends on retention and monetization, which we’ll explain later.

This may seem like a very low profit per user. But always keep in mind that developers usually multiply that number by hundreds of thousands, if not millions of users.

Let’s break down the three main factors that influence the profit margin.

Retention rates (RR) are the percentage of users that keep playing the game over time. They’re usually the highest when it comes to Supercasual, as the game offers more options and has a more complex design, and are the lowest for Ultracasual, where progression is minimal and achievements are almost instant.

HC games’ RR sits halfway between the two genres. Statistically speaking, a HC developer should expect their RR to drop from around 30 to 50% on day one (RRD1) to anywhere between 5 to 10% on day seven (RRD7). For optimal rates, HC developers focus on increasing their RRD1 through the onboarding process. Having good knowledge of the RR is essential for managing the next factor.

As mentioned before, in-app purchases (IAP) aren’t something to rely on for HC games. With their relatively low RR, only relatively few users are ready to spend money on a game. Likewise, Ultracasual games don’t even have IAP in their business models, while Supercasual games can usually focus more on them with their higher RR.

The most common type of IAP in HC games is the “Remove Ads” option, which lets the user pay a small sum to remove ads definitely. And for profitability, that sum should be higher than the average user ad revenue (UAR).

That’s because UAR, or in-app advertising (IAA), is the primary source of revenue for HC game developers. It accounts for more than 95% of the expected revenue. Three types of ads are involved:

RV are usually the most profitable type, which means they offer the highest Effective Cost Per Mille (eCPM). Still, developers have to keep an eye on the ads that are displayed in their apps. They should keep monitoring the frequency and types of in-game ads over time to avoid eCPM decay.

The CPI is a negative value. Therefore, developers can only afford to increase their investment in marketing their game as long as the game’s LTV increases. This explains why they only develop Ultracasual games with a CPI of around 10 cents to make up for the low LTV.

Regarding Supercasual games, developers stick to a standard CPI of 0.4 to 1 dollar, but this number can go much higher in rare cases, reaching 1.5 dollars, as these games’ average LTV lies between 0.5 to 2 dollars.

As mentioned before, HC developers opt for a low CPI. Fortunately, there are many ways to lower the CPI without losing UA rates, which help maximize the profit margin.

The HC business model relies on how users interact with the game. Its attractive and accessible design is very effective in advertising, helping reach a lower CPI. In addition, the game’s satisfying and engaging mechanisms help preserve a good RR, which in its turn brings optimal revenue thanks to IAA, but also to IAP.

Homa Games usually achieves maximal monetization in action HC games thanks to RV, IAP, and a relatively high RRD7. However, we are always looking to diversify our projects and bring value to different categories of users. This is why our scope englobes many Supercasual and Ultracasual games, with various satisfying, idle, or puzzle mechanisms.

If you are a developer looking to publish and start making profit out of a game, don’t hesitate to submit it, HC business model is our specialty!