The rise of ultracasual: A temporary trend or the future of hypercasual? 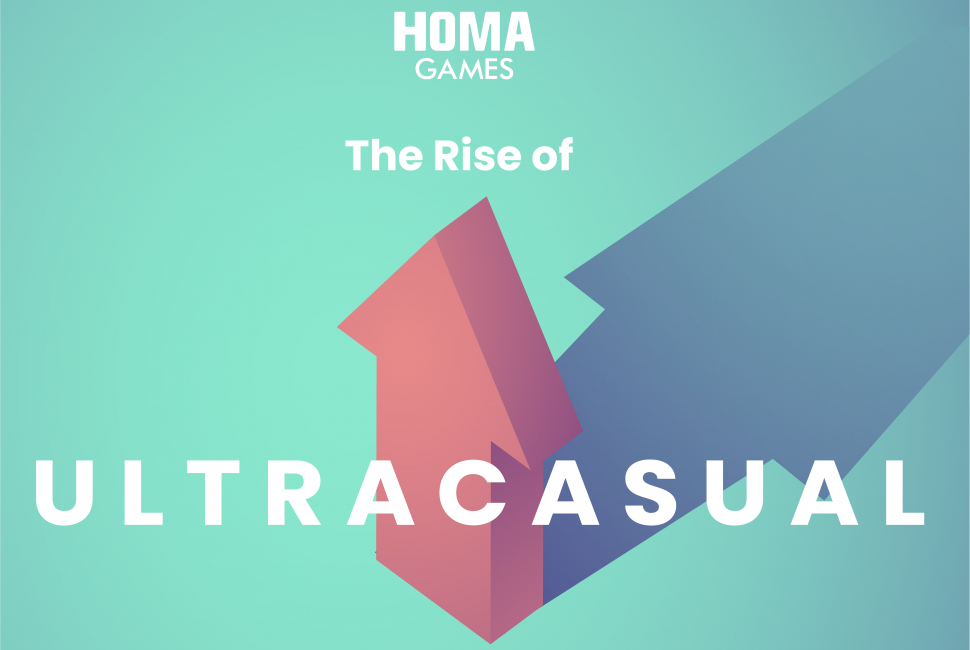 ‍As seen in most recent top charts there is clearly one sub-genre of hypercasual that is dominating. Some call it Zen Games, others call them Satisfying Games, at Homa, they are called ultracasual. These games, which are the latest evolution of hypercasual gaming, are trying to reach even more “non-gamer'' users than before. With now a solid presence in the charts, ultracasual games have accumulated enough hit titles to create a subgenre of their own.

What is an ultracasual game?

Ultracasual are games of different genres that contain repetitive actions that players find oddly satisfying. The goal is to operate different materials such as liquid, colors, wood, and even slime to achieve a new level. They are known for their easy gameplay for anyone. Ultracasual games keep players entertained and help them release stress by exposing beautiful colors, real look-alike textures, and real material perception. They primarily focus on satisfying visuals and relatability.

Ultracasual games are also very simple and repetitive. We can think of them as being closer to a “toy” and push the boundaries of casualization even further than hypercasual did before.

For example, since ultracasual games do not offer depth in terms of content or gameplay, it limits the possibility for RVs. Instead, they rely on meta, often unrelated to the core gameplay. As opposed to ultracasual games using meta to do it, with the following:

Since ultracasual games show satisfying and straightforward gameplay, they acquire a certain amount of ''non-gamer'' users. This can be seen from the diagram of the user's gender distribution that is dominated by female players (this distribution is an average 50/50 in casual games and males being 70/30 in mid-core and hardcore mobile games.)

How and why were ultracasual games born?

In early 2018, some people believed that adding a theme was harmful to hypercasual games because the audience would be lost if players weren’t attracted to the theme. Because of this belief, hypercasual games mainly included lots of abstract shapes and art. However, by mid-2018, good arcade and puzzle ideas were becoming harder to find in the industry, as was finding low CPI. Therefore, by the end of 2018-early 2019, themes began to appear with humans and cars as playable characters such as Tiny Cars. Subsequently, Run Race 3D was published which clearly demonstrated players could be attracted by characters they could easily identify with. This trend continued with aquapark.io being published and so on.

After some time, it seemed like adding an entire universe could be a good idea. This belief came from games such as Train Taxi, the game inspired by Gobble Dash. The same way more relatable characters were replacing balls and cubes, entire themes would then be used on gameplays that had proved to be successful.

Even though themes could cause part of the potential audience to be lost, they could also attract other audiences as long as they were extremely relatable—they had to center around common, transcultural themes. (Of course, on top of this, the fact that users’ tastes evolve towards new never seen before mechanics, physics, or themes should be taken into account.)

Out of the desire for developers and publishers to find new game ideas that would obtain games a low CPI the tendency to create games that are truly “ultracasual” began with the creation of games like Perfect Slices. This game is a perfect example of an ultracasual game with very simple gameplay that paved the way for others of its kind. Another example is Pancake Art, which gave players over the top visual effects with an extraordinary sense of satisfaction as players performed straightforward actions. The gameplay was very simple to the point where the focus was not on playing anymore but on the satisfying feeling of doing something easy such as painting and having a relatable theme such as food.

The second reason is that as the number of hypercasual games being released kept increasing over the months, the number of users did not grow proportionally to the games being released. A general trend shows that users were playing more games but spending less time on each game. Less time spent per game leads to lower LTV. This, in turn, means that it is necessary to have lower CPI’s and increase the number of ads shown in a game. Here, again, ultracasual games responded well to the market's conditions. Ultracasual games do depend less on retention to be profitable. Publishers and game developers use the small amount of time spent by users to get the most out of the player.

Today, there are over 2.9 million apps on the Google Store and over 2 million on iTunes. This means that at present, many developers work on their applications only to see them get lost in the depths of the mobile stores. Without a precise and clear focus on user acquisition strategies, almost all of the applications that are not promoted will most likely never have the opportunity to be noticed by the users. It’s our job as publishers to develop the best video assets to advertise the developer's app efficiently and profitably.

Additionally, as soon as we begin targeting the right users, we provide the application the opportunity to be acquired by the correct users, allowing the developers not only to further work on his or her game after analyzing the users behavior but, we can also guarantee we will not acquire users that are not suitable for the app.

This trend will continue as long as the genre can attract non-gamers and as long as depth can be added to them. It is a good idea to focus on ultracasual because currently it’s easier to get low CPI and they require less time. However, it should be kept in mind that the gold mine might play out if the audience remains the same, if we run out of themes, or if technology reaches its limits, therefore being unable to visually convince players through their mobile device.

As ultracasual is not an official store category, the data has been collected from the top apps representing the ultracasual field on the App Store: I Peel Good, Perfect Slices, Icing on the Cake, Pancake Art, Woodturning, 3DBreakfast!, Bubble Tea!, Wood Shop, Soap Cutting, Ice Cream Inc. Advertising statistics have been counted for 35 countries and 25 major ad networks.

What do you think?

Should ultracasual even be thought of as actual games? Or are they just a “toy”, in the sense that no “real-playing “ is taking place?

Statistics have been provided by mobile analytics platform Apptica.

Like this article and wish to get in touch with us? Email us at contact@homagames.com

Do you have any questions about your game or want to make a game hit together? Submit your game here.

The person who is playing your games may not be the one you think. We explore who these new mobile users are.

What is hypercasual? Relatable, snackable, satisfying

Hypercasual games have been a huge trend over the last years. Here we tell you the key factors to start building your own, successful HC game.

The future of in-app bidding is now

In-app bidding came in to revolutionize the mobile advertising industry, bringing more fairness to the auctions and efficiency on processes.

Find out what NERF Epic Pranks! is all about!

Discover the new hypercasual hit in partnership with Hasbro!

The creators of Border Patrol tell us their story and give us advice on how to create a HC hit. Get to know them better with this interview.