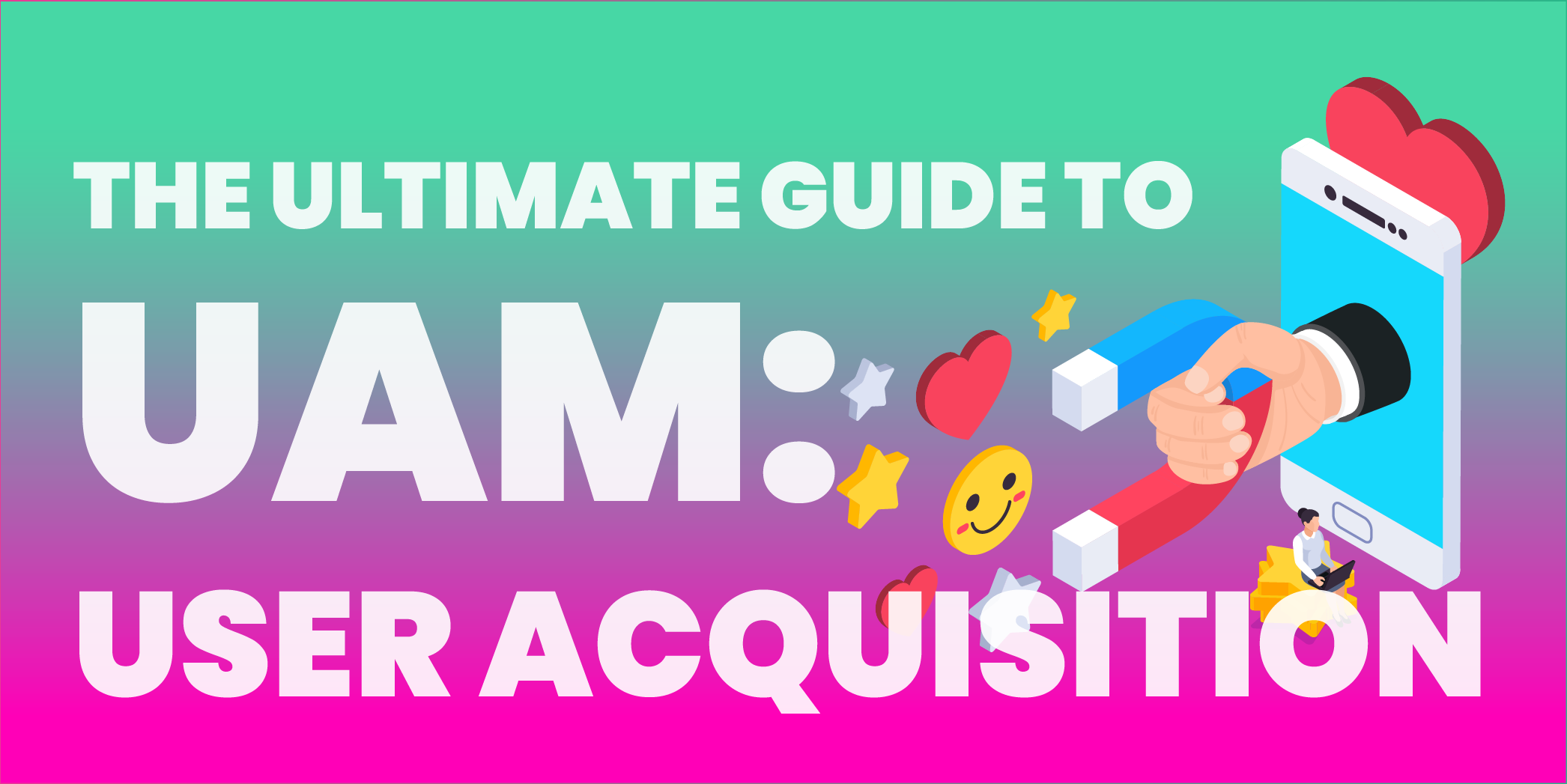 In the first part of this series, we discussed how monetization in Hypercasual games works. In this article, we will discuss the flip side of UAM: User acquisition (UA). The name says it all: UA involves all the processes that push a random person to become a user, meaning to download and play the game.

UA in HC games relies on advertising the game, and involves a cost for the publisher. While monetization revenue for every user is calculated with lifetime value (LTV), the cost of UA is calculated with CPI (cost per install). Logically speaking, CPI must always be lower than LTV, or else the game wouldn’t be profitable and there would be no incentive to keep working on it.

Note: Don’t forget to check our cheatsheet if you’re stuck on a technical term!

How does UA work?

It’s a simple process. The UAM team sets out on a marketing campaign to advertise their game. This means they will basically spend money to display ads according to their target CPI. Let’s break it down with an example:

Generally, in HC games, the UAM team focuses on lowering the CPI and the eCPM, while raising the CVR and CTR, in order to maximize its return on investment (ROI).

But that’s not it: publishers also use the k-factor to increase the number of users at zero cost thanks to in-game incentives (sharing the app, rating it on the app store, etc.). This time, players will do the job of attracting more people into the app—these are called organic installs, which don’t require any spending. For example, if the app has gained 60 users through UA, but has 75 players in total, it means that K-factor = 75/60 = 1.25

We discussed monetization partners in the first part of this series. These are third-party services that facilitate the role of the UAM team. In matters of UA, three more categories of UAM partners come in handy.

UA networks are pretty similar to monetization networks, but from the other end of the line. These services, such as Facebook, Applovin, or Ironsource, are intermediaries between creators looking to advertise their games and publishers with available ad slots. The creators provide the UA networks with the ad, a budget, and a maximum target CPI. In its turn, the network displays ads until the budget runs out. UA networks are very convenient because they facilitate the monitoring of the ad campaign, simplify transactions (or else publishers would  have to sign a contract with every single app creator for their ad slots), and work as direct links to the app store page, therefore generating direct installs.

In order to maximize the numbers of installs within the app store, publishers need to master the art of app store optimization (ASO). The UAM team carefully works with the store to adjust the app’s title, description, icon, ratings… These different elements foster a general positive feeling about the game and make it more discoverable. If you know SEO, you might already be familiar with many aspects of ASO.

The goal of ASO is to increase the game’s visibility in the store and increase its CVR. Not only does it generate organic installs, but it also lets the game get discovered by relevant users. For example, let’s say a user enjoys playing arcade games. Using a keyword related to “Arcade” in the game’s title will raise the chances of having this user find the game in the store and install it.

Mobile measurement platforms (MMP) are attribution providers. They’re the essential database for the publishers’ marketing strategy. These tools gather information from every user that clicks on the ad: their advertising ID, IP address, timestamp, network… They also know if it’s a new user or someone already in the database.

MMP are essential for the UAM team to lead profitable ad campaigns and to know where to put more effort. They collect homogeneous data from all networks, allowing the team to calculate the game’s ROI in every country, campaign, or subsource.

For example, if the MMP shows that a certain UA network generates more installs than others, then the publishers could invest more in ads with this network. Also, let’s say that the number of installs in Japan is rising significantly according to the MMP. The publisher might then consider adding a Japanese language option in the game to fully break into the country’s market and increase the number of installs.

UAM is a double-edged sword, especially in the HC business, where many publishers might be working on a tight budget. In order to generate a profit, they need to run their monetization plan very carefully to make the most revenue out of ads and in-app purchases. On the other hand, they need to optimize their UA strategy by minimizing their CPI and increasing their CTR, CVR, and k-factor. Thankfully, a wide range of UAM partners is available to carefully monitor the UA campaigns and ensure that the game is profitable.

Optimizing both UA and monetization at the same time is essential. In fact, with a good UA strategy, more users will play the game, meaning the game’s revenue will go up. In parallel, a successful monetization scheme will help increase the game’s revenue. Consequently, publishers can afford to invest more into UA and attract more players.