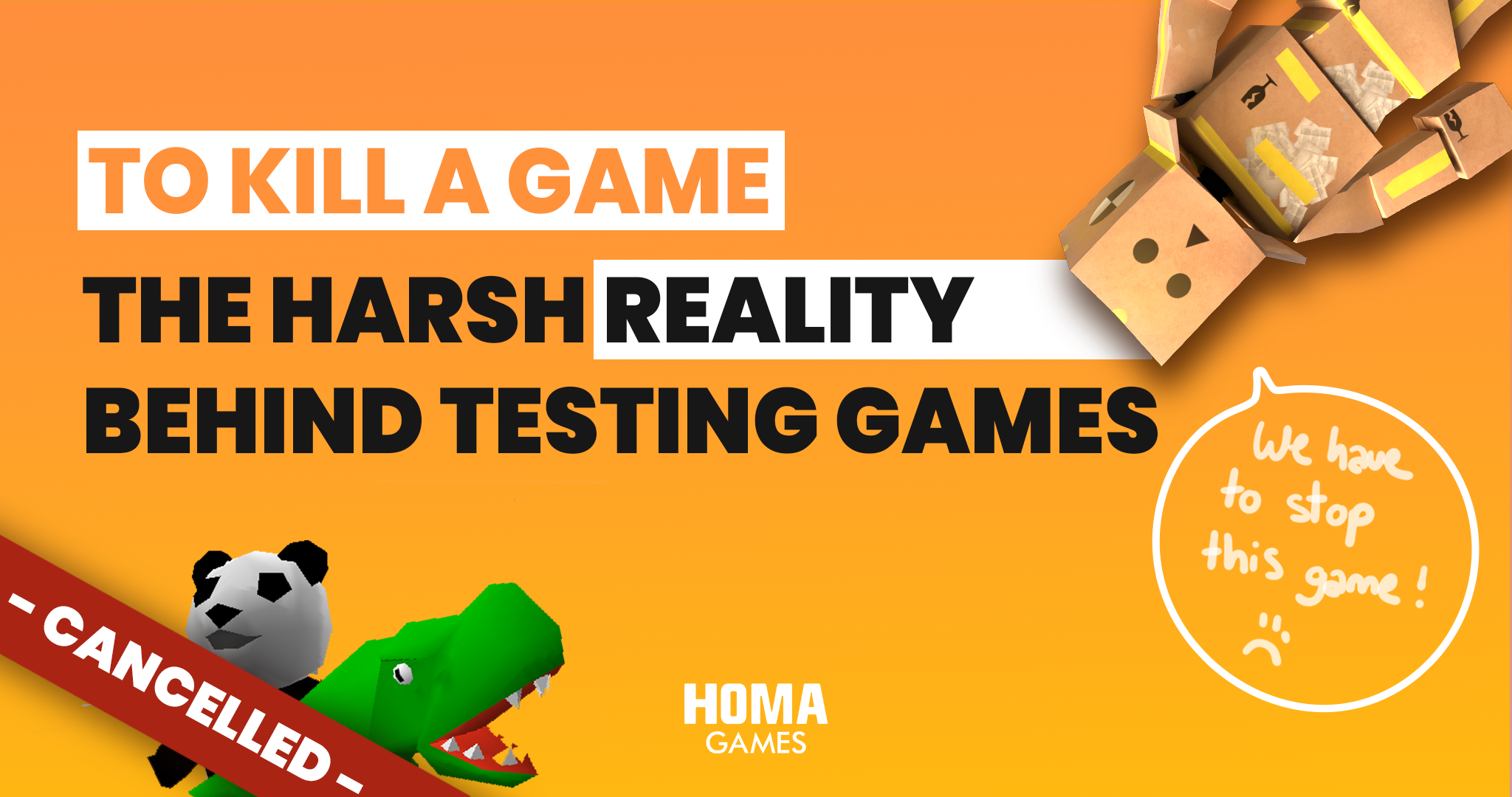 Prototyping is an exciting, challenging process. Making game ideas come to life in a way that players will enjoy involves a lot of commitment, and it’s easy to get attached to our new-born games in the process. But testing is often emotionally harder, as this phase will decide whether a game makes it into a full launch or just gets killed.

In Q1 2021, our market intelligence tech found out that from 1M games tested, only 0.5% got more than 100 users. At Homa Games, we are always scouting for new games to test them ASAP to evaluate their marketability. But the truth is, in that same Q1, only roughly 2% of the tested games were published. And let’s not forget that the industry standard is less than 0,5%.

The problem with this figure is that too many developers think that this 0.5% chance is actually related to "chance", "luck", or "fortune". But the truth is you are not spinning a wheel of fortune each time you're testing the CPI and in-game performance of your game.

Let's put it this way: behind every hit game, there is a studio. Very often, this studio has already published a hit game before or will publish another one soon. So the important thing here is to try to understand why this studio is capable of reaching the top charts, while others are not there yet.

To come back to the luck-games analogy, let’s better refer to a test as a poker game rather than a wheel of fortune: it’s true it has a lot to do with luck, but the large bulk of it is about what you do with the cards you pick and whether you decide to be smart with them (or not).

Why are games killed?

In game publishing, the reality is simple: CPI < LTV. Publishers have KPIs to follow and expectations regarding what CPIs should look like in order to have a marketable product that is profitable for them and for the devs. And when a game is not reaching the right figures, the decision to kill it will be evaluated sooner than later. This doesn’t mean that the decision will be taken lightly, since a lot of work and care is put on prototypes, and it’s normal to get attached to them as well. That’s why publishing managers will work along with devs and do everything in their power to iterate and optimize a game in order to improve its metrics in further testing. But at some point, it may be better to focus on different, more promising ideas.

So, how to reduce your chance of getting killed?

1. Work only on marketable ideas

It is difficult to hear for many, but your dream game would most likely not work in today's Hypercasual market. If we take a closer look into the top 50 Hypercasual games on AND/iOS... The large majority of them either belong to a trend or are trying to surf on these trends or hot themes that are spotted by market intelligence. Let's have a look into some of the latest top hits of Homa and try to understand where they come from and why they reached the top charts.

Try to spot the trends…

The truth is there are not thousands of trends going on at the same time, most of them are quite specific and it is your job to find an innovative element to give them a twist.

2. Differentiate your game through innovation

By now, and if you followed the first advice, you should have found a somehow marketable idea. The risk here is to fall in the trap of easy copycats that will get you a poor CPI due to UA competition. The following examples were born from spotted trends but succeed in differentiating themselves from the competition.

Once you have your innovative differentiating element applied to a marketable theme, execution will be key. Just focus on the core mechanic. At this point, there’s no need for all the cosmetics around it. You should basically think about your game as an infinite loop, and ask yourself:

Let's face it, since you read Advice #1 and Advice #2, you should be working on a competitive idea on which there are most likely a lot of developers also working on. So you should widen the gap by further improving the core mechanic.

If we take a look at the overall number of lifestyle/money simulation runners that have emerged lately, we can infer that all Hypercasual studios have been working on game like these applied to many different themes. Nonetheless, only a happy few were published and made it to the top charts.

In Hypercasual, time-to-market is key, first because your game can be quickly copied by the competition, and second because the trend you identified can fade out very fast. So you better avoid losing time.

So remember, your game may have a 1.5% chance of being published, but you shouldn’t stop trying after a first failed experience. Regardless of the slim odds, follow the tips, act smartly, and keep testing. And, also, don’t be afraid of killing games when you have to.